Animals that could have just been blown up in previous “Far Cry” games now have the upper hand.

In “Far Cry: Primal,” the player takes control of Takkar, the Beast Master, and will encounter things seen before, such as bears and rhinoceroses, but will also come in contact with sabretooth tigers and wooly mammoths, although the mammoth functions similar to elephants. In previous “Far Cry” games, when a very dangerous predator was encountered, the player could just toss some C4 on the ground and then go about his or her day. This is not the case in “Primal.”

There are a lot more weapons in the game than I anticipated. But it is 10,000 BC, so they are all basic weapons. The player is given a spear in the first mission. But after things go south, you are left to craft your first bow and arrow. There are several different bows and spears that can be unlocked in the game, as well as different clubs ranging from one to two-handed. The clubs are pretty powerful and often give you one-hit kills. The bow is like any other bow in the “Far Cry” series. Headshots are doable but are still hard without any kind of sight on your bow.

The spears, on the other hand, are quite satisfying to use, whether you are jabbing at an enemy or throwing it right into their chest. The spear is pretty powerful when thrown, but you can only carry two at a time when you first start out. So you find yourself crafting spears pretty often. You have to craft a lot of your weapons, but a few are given to you, like the club given to you by Sayla. 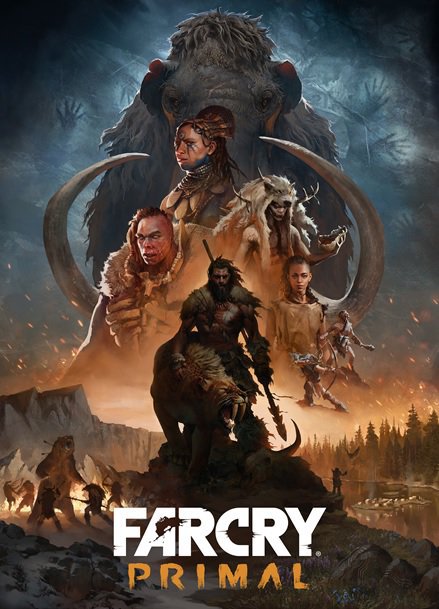 Sayla is a female Wenja that you save fairly early on in the game, and she plays a rather large role in the story. The Wenja are a peaceful people compared to the enemy tribes of the Udam, eaters of flesh, and the Izila, masters of fire. Takkar is also Wenja, and he and Sayla start a small village that grows with people who can assist you in crafting weapons, tools, and clothing.

Among those people is Tensay, the Shaman. Tensay fits very well in the “Far Cry” universe, because he is crazy and because he provides you with something that is a must for the “Far Cry” series: trippy visions. Since my first experience with “Far Cry 3,” one story component became a must for me when playing “Far Cry.” There has to be a hallucinogenic trip that carries the player from one part of the story to the next. Tensay also makes you the Beast Master, which gives you the ability to tame wild animals throughout the land of Oros and eventually ride the larger ones into battle.

For how great “Far Cry: Primal” is, it is lacking in some areas. In “Far Cry 3,” there were sharks and alligators roaming the waters. Diving into the water to encounter a shark was part of what made “Far Cry 3” so awesome. But in “Primal,” I have been in too many bodies of water to only have encountered one bitefish. The player also no longer dives into the water but simply jumps or falls in.