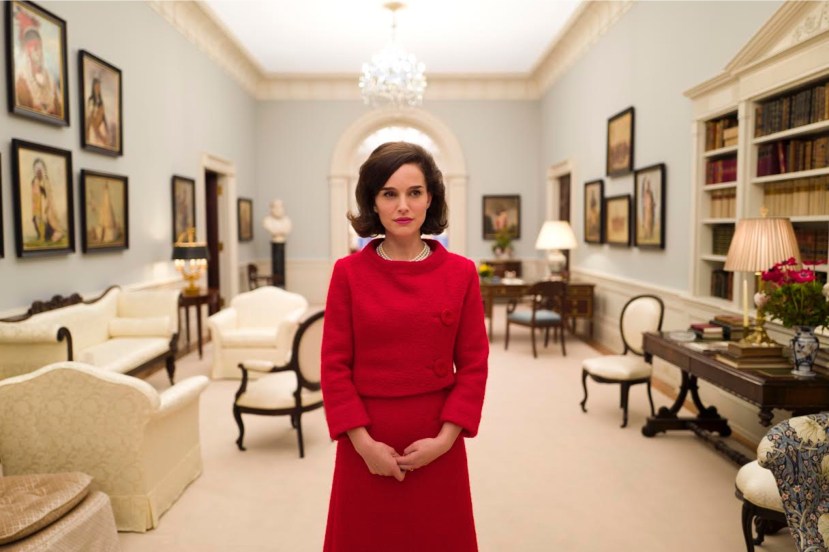 Director Pablo Larrain has made a strangely conflicted film that portrays Jackie Kennedy as an obsessive mythmaker and keeper of the flame.

“Jackie” is the biopic of Jackie Onassis Kennedy, which takes place directly after the assassination of her husband, John F. Kennedy, president of the United States. It follows Jackie Kennedy as a recently grieving widow and how she deals with the following week after her husband’s death.

I’ve been very excited for this movie since I saw the trailer. I love Natalie Portman, and I’m always interested in events such as those that take place in this movie. I’ve also heard a lot of good buzz ever since it premiered. For the most part, I’m pretty pleased.

The best thing about “Jackie” is the acting.  The cast features Natalie Portman, Peter Sarsgaard and Greta Gerwig. But Portman was absolutely perfect. She plays this part so well that I don’t think anyone could have done it better.

After a while, I hardly saw Portman, only Jackie Kennedy, and that’s something I have to praise her for. She really dives into this character that has had something absolutely terrible happen to her. She also keeps her cool when she’s around her advisers.

However, when she’s alone or being comforted by others, you see the real side of her, and I really liked that about this film.

I wouldn’t say that this is her best performance, but it is no doubt one of them. She received an Oscar nomination for Best Actress.

The other actors in this film, such as Sarsgaard as Bobby Kennedy, are also really good. Larrain is amazing, but the movie is kind of dull, for the most part. It’s a movie that looks and feels depressing. There were some well-composed shots, but it wasn’t anything that really stood out or blew me away. That isn’t really something to fault this movie for, because it’s a movie that knows what it is. However, more interesting direction would have been nice.

They did an excellent job of making this feel like the ‘60s. When you’re watching this, it feels like you’re watching the ‘60s take place in front of you. They did a great job of recreating some of the events that happened that take place in this film. When it comes down to it, this is and probably will be the best movie about Jackie Kennedy and the aftermath of her husband’s death that we will ever get.

There are some scenes that genuinely hit hard and made my stomach tighten. If you know anything about the history of this time in particular, it’s nothing you haven’t seen already. But it’s shown in such vivid and horrific detail.

I wasn’t necessarily disappointed at all. I actually really liked this film. However, for some reason, I was hoping for a little more than what was delivered. I also see this as a film I’d watch again. But with a terrific performance from Portman, this is a pretty well done film that delivers hard blows and deserves a watch. I give “Jackie” 5 out of 5 stars.