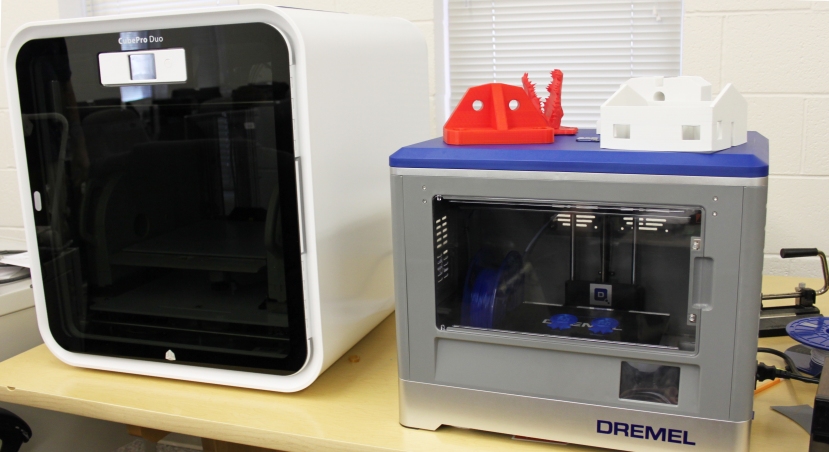 As the tiny machinery precisely whirs itself across the platform below, it’s difficult to shake the sensation of observing the world’s smallest construction operation.

In the Solid Modeling classroom on the second floor of the Technical Arts Building on the Levelland campus, it feels as though the future has arrived at South Plains College, just without any sound or spectacle. There are several recent innovations in technology that feel ripped from the pages of science fiction, such as virtual reality video games and self-driving vehicles. But topping them all is the emergence of the technique of creating objects using 3-D printing.

The process of 3-D printing has gone through several different names since its modern inception in the mid-1980s. It was originally given the name stereolithography, literally meaning “three-dimensional printing,” by a man named Chuck Hull and his company 3D Systems.

Back then, the procedure for quickly creating solid objects from simple materials took substantially longer than it does now. The primary means of doing so was through the process of using lasers to systematically harden liquid plastic in a desired shape and size. The machines were massive, and they cost thousands upon thousands of dollars to maintain and continue operation. 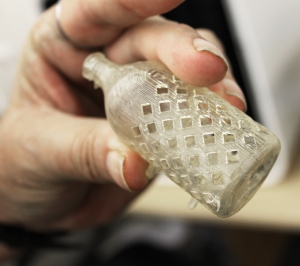 Compared to today’s tiny, sub-$1,000 3-D printers, it’s easy to draw a parallel like that between the room-size computers of the 1960s and the modern laptop.

It may surprise SPC students to learn that there are a few of these magical fabrication machines within throwing distance of the walks they take to class every day. But that is precisely the sight waiting behind the walls of the Solid Modeling classroom led by Mike Coler, an instructor in the Computer-Aided Drafting and Design Technology program on the Levelland campus.

Coler recalls a time when the original stereolithography technology was much less convenient and affordable.

“Back then, the machine we had was $250,000, and we got it through a federal grant,” he recalled about his time working with the old stereolithography devices. “Now they can get this $1,500 machine and print a part to see how it will work in a few hours before having to spend all the money to manufacture it.”

The most common process for 3-D printing involves feeding a coiled roll of plastic wire into a heated nozzle that traces a path across a platform, leaving a single layer of plastic at a time, and building an entire solid object from the bottom up. Imagine a cake with multiple layers all stacked one on top of the other, but the layers are all composed of very finely laid plastic.

Times have changed for 3-D printing, but the process is just as useful as it ever was. Industries all over the world are adopting it to cheaply test product designs, quickly see changes made to part models, and even make prototypes for much larger and sturdier constructions without wasting valuable resources in the process.

“Then you can go into full manufacturing and have the machinists and all that make it,” said Coler. “It’s much nicer and cheaper to test it this way.”

What does this mean for the average person? It’s natural for many to have an out of sight, out 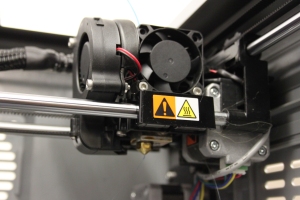 of mind mentality when it comes to technical machinery, so most people might assume 3-D printers are either highly niche industrial devices or novelty toys. But 3-D printing has become a major staple in almost every industry in the world.

General Motors has used “rapid prototyping”—another term for 3-D printing—to build parts of the floor console in the Chevy Malibu containing smartphone holders, with the lightweight nature of the plastic meaning better fuel economy for the vehicles.

A few years ago, NASA 3-D printed a rocket engine injector that passed a significant hot fire test, and the injector created 10 times more thrust than previous parts made in a similar fashion. They even sent a small 3-D printer up to the International Space Station, so astronauts can print needed tools on-demand without needing to bring extra parts.

On the more unsavory end, a group known as Defense Distributed has designed and made freely available an open-source 3-D model called the “Liberator,” a gun for which 15 of its 16 total parts can be printed on any home 3-D printer. The body of the gun takes less than a full night’s sleep to be outlined. Defense Distributed reportedly created the Liberator to demonstrate the lack of power the government really holds over gun distribution.

Prosthetic limbs, and even organs, are also finding their way to the public. Amputees are receiving affordable arms and legs rather than the steeply priced alternatives. Doctors and scientists are even finding breakthroughs with the ability to print both artificial structures and living cells at the exact same time, helping replace organs that would normally come from potentially years of waiting for a donor.

“They’re developing 3-D printers that will do edible items, like frostings, cakes, candies and stuff in different shapes, out of just extruded chocolate,” Coler explained. 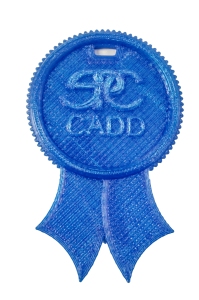 Toymakers, fashion designers, work-from-home entrepreneurs, artists, musicians, and even students are all on the seemingly endless list of groups who can benefit and profit from the use of 3-D printing. It’s a real benefit to SPC students to have these machines to learn on for the wide variety of fields they may go on to explore.

Phyllis Kennon, program coordinator and assistant professor of technical graphics at SPC, opened the door to another room with pictures hung on the wall of the 3-D models her students have designed in her classes. Several models showed what looked like cross sections of virtual objects that twisted around and stuck out at sharp angles.

“This is what you would give to a machinist to create this,” Kennon indicated toward the cross-sectioned model inked on paper. “But the drafter has to learn to visualize it. So we use the printers to give them a 3-D object they can hold, and touch, and turn over in their hands to really get a sense of the scale and the real dimensions of the thing they’re creating on the screen.”

Clearly 3-D printing isn’t leaving the production world anytime soon. There is a case to be made that prospective employees with 3-D printing skills might gain favor with future employers over those without any experience with the process.

“It’s big technology that’s in the industry,” said Coler. “There’s companies all over that look for people that can use these techniques. So we help students learn skills with these printers that can be used just about anywhere, in a number of jobs, or even just for fun.”

It might seem like futuristic daydreams, but the idea of students bringing virtual objects into the real world is one of great utility and innovation.

“When some [students] get into their careers, they’re going to be making things that don’t exist,” explained Kennon. “So they have to imagine it, they have to get it down on paper, and they have to explain it well enough that either they or somebody else can make it a reality.”

Both Kennon and Coler hope the department can help more students learn about the 3-D printers used on campus. But Coler says he knows why the lid has been kept on for so long.

“We’re a secret department, kind of like the CIA,” joked Coler.

“As long as they help pay for the material, I have no problem,” Coler confirmed. “If the program creates a .stl file, we can build a part.”

The .stl file type is the one that is used to cut a model into the individual layers executed by the printer.

“Stereolithography, the original name for the process,” Coler said with a smile and an air of once again parting a secret technological curtain. “A bit of history, hidden right in the file itself.”