Segregation of genders could benefit education 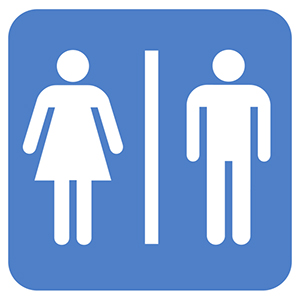 Boys are toxic to my learning environment.

A topic no one really thinks about, but based on research is one worth discussing.

Same sex classrooms could be beneficial to the learning process of a specific gender. Just like most instances woman, and men are different and should be treated as so. Think about this ladies, when you were in high school sitting in class, and it was that time of month. You had to go to the bathroom but was too self conscious to ask the teacher to go so you could change your tampon. Scared a guy might see the tampon slipping out of your back pocket. Scared that some idiot boy would ask you if your attitude was in fact your period. Imagine being in a room full of girls who all go through the same thing and aren’t grossed out by a normal bodily function.

Having a same sex teacher could also help with the overall classroom environment. A teacher that is the same sex as his or her classroom could help with understanding every student. Teachers of these classrooms are relating how they are all girls into their learning. Such as empowerment of women, feminism, and woman’s rights. All things that should be incorporated into the learning of any female. It makes it easier that if those were implemented it would effect everyone in the class room because everyone is the same sex.

Don’t think just because I am just talking about girls means I don’t feel for guys as well. I have heard many struggles of what guys go through in class. Especially in high school. However this situation personally effects me which is the reason I speak on girls, that is what I know.

Same sex classrooms for females eliminates the anxiety of competition in the classroom with other guys. Specifically courses such as math and science which are allegedly male dominated. Also for males, they could peruse stereotypically feminine classes such as music or art.

Today not many public schools are a single sexed school. These institutes are usually private schools that make you pay which ultimately if you come from a private school it means you’re at least a little bit smart because they have grade expectations unlike public schools. Same sexed public school could be just like that.

Honestly I cannot believe I am going for this side of the argument about same sexed schools, however, the research I did made a lot of sense. Biggest distraction for a girl in high school and in college is boys. Especially with all of the maturing we are doing at this age. School comes first though and I would rather have a good education then have a boyfriend. I think.

This was an interesting debate topic because it makes me think how much different my learning process would have been if I was schooled in a same sex classroom. In high school I was all about boys. Always had a boyfriend, always had a crush. I’ve been unfocused in classes because of a guy or have been in a bad mood in classes because I just got dumped which made me miss my teachers lesson on polynomials and trinomials. Boys are very distracting, and girls and guys both deserve the right to be in the best learning situation.