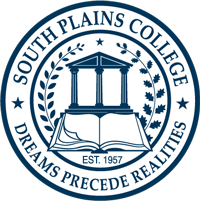 The Concealed Carry of Handguns on Campus policy, an increase in tuition and educational plans for the Lubbock Center were among topics discussed during the March meeting of the South Plains College Board of Regents.

Cathy Mitchell, vice president for student affairs, presented the final draft of the Concealed Carry of Handguns on Campus policy for the Board to vote on. Mitchell briefly offered an overview of the draft presented during the previous meeting. At the February meeting, Mitchell spoke about how SPC will ensure students can legally and safely carry weapons on campus, as per the new bill, Senate Bill 11.

“It will be enacted this coming August for community colleges,” Mitchell said. “We had a group that was appointed by Dr. Satterwhite, with faculty and staff from across our campuses, that were looking at what we needed to do to comply with Senate Bill 11 and the campus carry. It was enacted for universities last August, and now it’s our turn.”

With no questions or comments from the Board, the new policy was voted on and approved unanimously. On Aug. 1, this policy will take effect across campus for the Fall 2017 semester.

“I really think Cathy and her team have done a really good job,” said Dr. Robin Satterwhite, president of SPC. “That team also includes student representatives, student government and the Residence Hall Association. And the process was all very inclusive and very comprehensive. We have done our due diligence in giving all the opportunity to comment on it.”

Dr. Satterwhite also discussed possible avenues the Board could explore in which they could increase the tuition and fees for students in the Fall 2017 semester in order to supplement a possible decrease in state funding and the loss of tax revenues.

“We need to make sure we are providing the right resources for our students,” Dr. Satterwhite said. “We anticipate we will have around a $1 million loss, is what we feel the end of the year will be. We feel like we’ve done very well, and that we’ve managed our resources very carefully this year. But we’re still in a position where we’re trying to recover from that huge decrease in tax revenues. And that’s the biggest thing we’re trying to overcome.”

After discussing the options, Dr. Satterwhite proposed a $7 increase in the out-of-district tuition to match the anticipated loss, which will generate $985,539 in projected revenue. This projection is based on 98 percent of this year’s enrollment numbers. The board approved this increase, which will be implemented for out-of-district students beginning Fall 2017.

Dr. Ryan Gibbs, vice president for academic affairs, gave a breakdown of the Lubbock Center and what kind of programs will be offered to new and current students of SPC.

“They are focused heavily on the workforce development side and technical education,” Dr. Gibbs said. “One thing I find particularly interesting is we are adding 21 new sections to technical education programs by moving to the Lubbock Center. So, that is 21 more options for students to take courses.”

“There will be instruction happening morning, noon and night, Monday through Saturday,” Dr. Gibbs said. “Workforce development is really focusing on the health science offerings. But construction trades will be offered for the first time in Lubbock, whereas there was not a space available at the ATC for construction trades, and the only place we taught those was in Plainview, up until being able to offer them in Lubbock.”

Stephen John, vice president for institutional advancement, presented an overview of the scholarships which have been awarded to current and future students of SPC as of March 6. These scholarships are being provided through SPC Foundation awards, SPC Program Scholarships, and third-party outside scholarships.

“The Foundation board at its January meeting approved a scholarship disbursement for 2017 – 2018 of $881,000,” John said. “This is about a 5 percent increase over what was approved for this year.”

Tagged as: Board of Regents, News