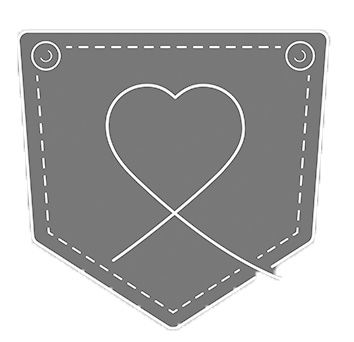 Students, faculty, and staff at South Plains College are encouraged to wear denim on April 26.

They will be joining more than 155,000 people across the United States who have pledged to wear denim to bring awareness to sexual assault.

In Italy in 1992, an 18-year-old girl was picked up by her 45-year-old driving instructor, taken to an isolated road, where he pulled her out of the car, wrestled one leg out of her jeans, and raped her.

Later that night, she told her parents about the incident, and they helped her press charges. The man was convicted and sentenced to jail. He appealed his sentence and it made it all the way to the country’s Supreme Court. The verdict was overturned “because the victim wore very, very tight jeans, she had to help him remove them, and by removing the jeans, it was no longer rape but consensual sex.”

Enraged by the ruling, women in Italian Parliament began protesting the verdict by wearing jeans to work. This call to action spurred the California Senate and Assembly to do the same.

The movement made its way to Patricia Giggans, executive director of Peace Over Violence, and the first Denim Day in Los Angeles was in April 1999. It has continued to spread across the nation every year since then.

“This is the first [Denim Day] we’ve done,” said Chris Straface, counselor at South Plains College. “But Denim Day has been around for 18 years. The whole purpose of Denim Day is to bring some focus to victim blaming, because that’s something that is a big problem in our society.”

The Health and Wellness Center is selling buttons for $1 as well.

“If we did Denim Day traditionally, it would be a fundraising event for Peace Over Violence,” Straface explained. “But, to my knowledge, they don’t have an organization that impacts this area, and we didn’t want to raise funds that would leave the area. So it’s a way for us to raise money for Voice of Hope in Lubbock.”

For more information, go to denimdayinfo.org to register as a supporter of the cause. So, on April 26, wear jeans with a purpose and make those around you aware of sexual assault and victim blaming.