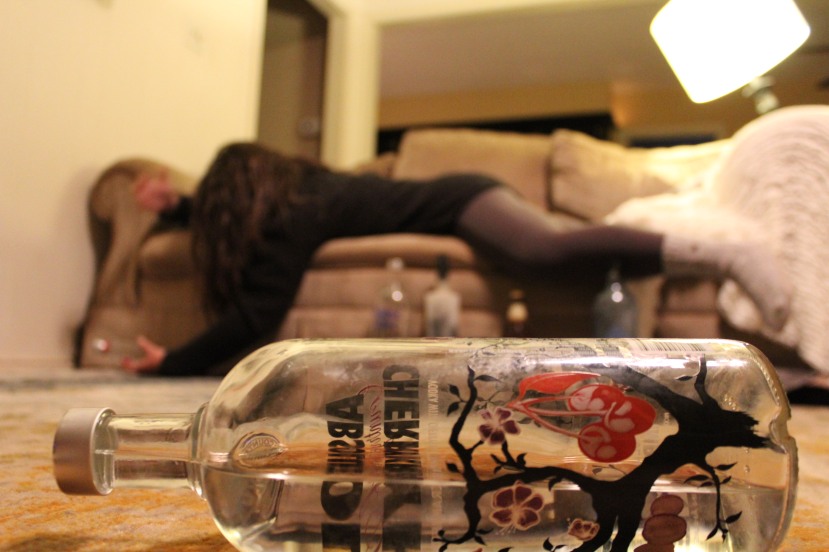 College is supposed to be one of the best times in the lives of students. But for one former South Plains College student, the experience was tainted by unwanted sexual advances.

Abbey Rogers, not her real name, was the victim of sexual assault during her sophomore year of college, following a night out with friends.

“I had gone out with some friends, and we met up with some guys who were buying us drinks,” she recalls. “We were all having a good time, but then I blacked out. It’s like everything that happened after midnight was erased from my memory”

Incidences such as the one Rogers experienced, where the victim is intoxicated, are extremely common. Sexual assault campaigns across the country have adopted the phrase, “Just because she didn’t say no doesn’t mean she’s saying yes,” in hopes of educating and bringing awareness to the stigma that drunk girls are fair game.

“I woke up in a strange bed with a guy who I barely knew and instantly had a moment of regret and started to blame myself,” Rogers says.

According to the National Sexual Violence Resource Center, (NSVRC), most victims of physically forced or incapacitated sexual assault were assaulted by someone they knew (79 percent and 88 percent, respectively).

“I didn’t report it because I didn’t want to be shamed for being drunk,” says Rogers, “or for someone to tell me that I was asking for it that night. I was having a good time with my friends and had too much to drink, and someone took advantage of that.”

The NSVRC reports that less than 5 percent of completed or attempted rapes against college women are reported to law enforcement. However, in two-thirds of the incidents, the victim did tell another person, usually a friend, not family or campus officials.

“I wish guys and girls knew that just because you’re too drunk to say no, doesn’t mean that it’s OK,” Rogers says. “Don’t see the drunk girl at the bar as an opportunity.”

Sexual Assault Awareness and Prevention Month is recognized during April. It is an annual campaign to bring awareness to sexual assault. According to RAINN.org, the rate of sexual assault and rape has fallen by 63 percent since 1993.

Every two minutes, someone in America is raped. One in six American women are victims of sexual assault. That means that someone you know has been or could be the victim of sexual assault. It could be your mother, aunt, sister, daughter, friend, or the girl next to you in class. Sexual violence has become an epidemic and affects the families of victims, friends, co-workers, and communities.

Walk a Mile in Her Shoes is an annual march for the non-profit agency Voice of Hope: Rape Crisis Center. The walk is held in order to raise funds and awareness about the issues of sexual assault and sex trafficking. The march is a one mile walk, and participants can, if they choose, don 4-inch-high stilettos to speak out against sexual violence. The event will be held on April 22 from 8:30 a.m. to 10:30 a.m. at South Plains Mall in Lubbock.

If you or someone you know is a victim of sexual assault, help can be found at Voice of Hope of Lubbock, The Health and Wellness Center at South Plains College, the County Health Department, or by calling the National Sexual Assault Hotline at 1-800-656-HOPE.