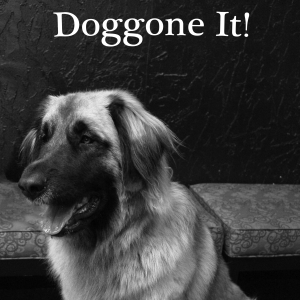 After decades of absence, service animals are becoming more of a fixture at South Plains College.

In the Disability Services Office, Linda Young, disability accommodations specialist at SPC, noted that despite her 30 years of time with the college and the 27th anniversary of the American Disabilities Act (ADA) coming this summer, service animals have only recently made an appearance on campus.

“It’s not an accommodation,” explained Young. “It’s a right protected under the ADA. But we’ve only really seen them here on campus in the last two or three years.”

Service animals come in many varieties, but most people may recognize a common role in the seeing-eye dogs utilized by those with vision impairments.

Service animals go through extensive training, often for several years, before they are ready to serve a handler.

“Service animals are generally trained to do a specific task,” said Young. “They range widely. Most of us know of them from someone who is visually impaired who uses a service animal to navigate.

The training can be separated into two categories of actions: “work” and “tasks.” Tasks are behaviors that are prompted by commands, while work is cued by environmental factors, or even a reaction in the handler’s body.

For people with memory loss issues, a service dog could remind a handler to take his or her medication regularly, or to find a mobile phone. If someone experiences hallucinations, a service dog might be trained to help the handler discern what noises or people are real.

In some extreme cases, a handler might struggle with something such as depersonalization, or a detached sensation of being an observer in one’s own body. A service dog can provide tactile stimulation via petting or deep pressure therapy to help relax and ground the handler, thereby providing some relief for symptoms that can otherwise be difficult to manage alone.

Young recommends that anyone with a service animal on campus should have his or her animal registered with the office.

“A student does not have to be approved through the Disability Office to have a service animal,” explained Young. “But it is recommended that they identify it with us so we know the animal is on campus.”

There are a few considerations students should be aware of for having service or emotional support animals on campus.

Handlers of both ESAs and service dogs should always promptly and properly dispose of any waste. In addition, ESAs specifically are not allowed in classrooms, and must remain in a student’s dorm room.

Students should always strive to represent themselves as positively as possible. This includes any service animals or ESAs they may have in their care.

“Your dog is an extension of you,” said Young. “There are many who actually need these animals to help relieve symptoms of their disabilities. So if they aren’t trained to behave properly, they will be asked to be removed.”

These rules are in place to help ensure that students who need the assistance of a service animal aren’t punished because of those who just want to try to sneak a pet on campus.

“What I would hate to see,” said Young, “is for the law to become so restrictive because everyone else abused it that people who need service animals can’t get them.”

There are likely students who are uncertain about how to best handle themselves around service animals, because their only experience is with dogs as pets. For those students, Young has a key piece of advice.

“Always talk to the handler,” said Young. “A handler will be trained to say no to certain things. You never want to go to pet an animal, and then distract them, and that would keep them from doing their job.”

Students shouldn’t be afraid to be around service animals on campus, because they are well-trained for the situations they encounter.