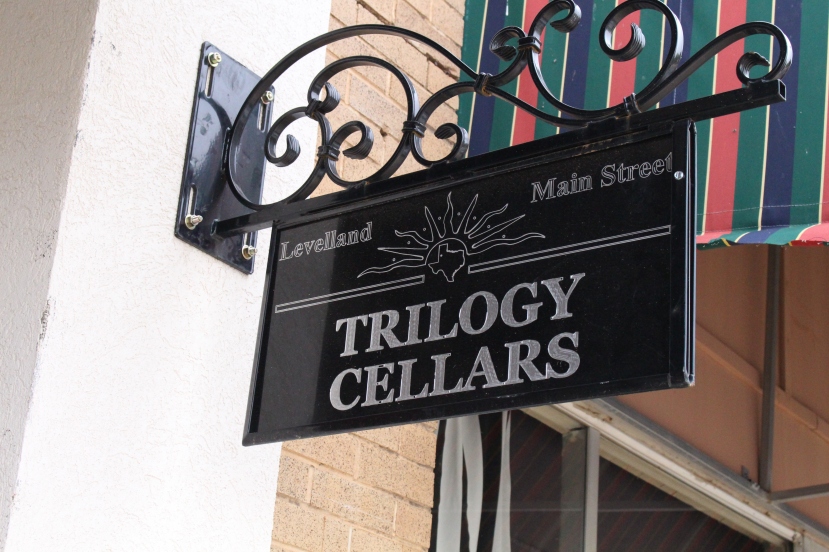 Beating out international wines and the top wines in the United States, Trilogy Cellars of Levelland brought home gold, silver and bronze medals from the 2017 TEXSOM International Wine Awards at the Irving Convention Center on Feb. 22.

“It was a little bit shocking,” said Steve Newsom, co-owner of Trilogy Cellars. “We were against some of the best wines in the U.S. The toughest wine competition in the U.S. is the TEXSOM, and they bring in the absolute best judges in the world. We were kind of nervous about TEXSOM.”

Being the only U.S. Malbec to win a gold medal at TEXSOM offered those at Trilogy Cellars the validation they were seeking. But the winery’s success would not have happened had three friends not come together with an idea to change the face of winemaking.

Rowdy Bolen, Chace Hill and Newsom each have vineyards growing premium wine grapes. Originally, the three had only been producing Malbec for their friends and family for fun, but it quickly evolved into so much more.

“We started making wine in harvest of 2015,” Hill said, “and it just kind of mushroomed. We weren’t exactly planning on opening a tasting room when we first started making our wine, but we came across the building at a good price and thought ‘Hey, why not? Let’s do it and see how it goes.’ And so far it’s gone real well.”

Balancing the vineyards and the winery has been the family’s favorite part of the business.

“I’ve always wanted to be part of the wine business and take it from the field to the bottle,” Hill said. “I think it’s really neat that we can do that. There aren’t many industries that you can grow like we have, and it’s great. When I was farming cotton, I never got to see a t-shirt that my cotton made.”

Growing premium grapes in West Texas is not an easy task for all growers, but these three families are confident in their vineyards.

“This is a really good place to grow anything,” Newsom said. “We’ve proved that. Some of the best quality cotton, and the highest yields in the world come from right here. The problem is, you have to adjust for the climatic conditions here; it’s not California, not Italy. It’s not France. Growers here usually adjust pretty easily. But I mean, we pretty much give the soil whatever it needs. We don’t have a lot of organic matter. Pretty much anything the plant needs, we have to supply.”

According to Bolen, in April, the vines have a bud break, which represents the first leaves that begin growing. In May, the clusters begin to flower, but due to heavy rains and unusually warm spring weather, this may be as early as the end of April. In June, the grape clusters are formed. In July, veraison occurs, which is the changing of grape color from green to purple. By August and September, the grapes are ready to harvest, which may even occur as early as July this year. When the first frost occurs, typically in late November, the plants go into dormancy until the next growing season.

Once the grapes are harvested, they must be crushed, pressed and fermented. The fermented grapes are then aged in either wooden barrels, for red wines, or stainless steel tanks, for white wines.

“Usually, in your fourth or fifth year, you’re finally at a mature production bloom,” Bolen said. “This all depends on how well the plants have grown, and if you’ve had any crazy weather conditions, bitter colds, freezes, hail. All those things kind of set you back.”

Whenever the three vineyards encounter a problem, Dr. Pierre Helwi, the West Texas regional viticulture extension program specialist, is there to help. Viticulture is the study of grapes and grape growing. Helwi’s job is to take scientific projects, which tend to be extremely complicated, and make it practical for local grape growers.

“It’s been really helpful,” Hill explained, “because in the past, we’ve had people in his position that didn’t have any experience growing grapes, and it wasn’t much help at all. Now we’re glad to have him here, and he’s got more experience than anyone here. We’ve learned a lot of things the hard way. We would do it wrong the first time and then figure out in time how to do it correctly. And with Pierre, I think we’re going to, especially with new growers, skip that trial and error period and go straight to the right way to do things.”

After successfully growing wine grapes, the families came together to open the Trilogy Cellars on the downtown Square in Levelland on Nov. 17, 2016. Hill says that the most important thing a person seeking to be a part of the West Texas wine movement can do is become involved in the business as soon as possible.

“There’s a need for people in the vineyard, but not necessarily those who are college educated,” Hill said. “I mean there are vineyard managers, but that’s not something you’re going to get into right out of college. You’d have to be a hand for a while.”

According to Newsom, both sides of the business require patience. If you rush in, you will rush out just as quickly.

“As in anything in agriculture, business is number one,” Newsom said. “The work ethic is the same between the vineyard and the winery. You have to be very personable, and you want your customers to be entertained when they come in. They want to be entertained.”