[Editors note: this article contains adult material and is a true story.]

Never in her wildest dreams would she have thought it would happen to her. Once a sex slave, Sally Richardson now uses her trauma to help others.

Human trafficking is believed to be the third largest criminal activity in the world. In January 2013, Richardson’s worst nightmare would come true.

Human trafficking is when a person is forced to engage in sex acts through force, fraud or coercion.

Some think that something like that couldn’t happen to someone they know. It happens all over the world, as women and children are forced into sex acts for money or for work.

Sally Richardson, a survivor of human trafficking, is travelling around the United States to help other survivors and victims. Photos courtesy of Sally Richardson

Richardson’s nightmare began shortly after she met her husband, who turned out to be her trafficker. They met online and began dating. She began working for her trafficker at his regular job with no pay, and then shortly after, he started to traffic her for sex.

“I ended up marrying my trafficker for a brief period, and he exploited and trafficked me between January 2013 – August 2014,” said Richardson. “I also suffered severe domestic abuse.” 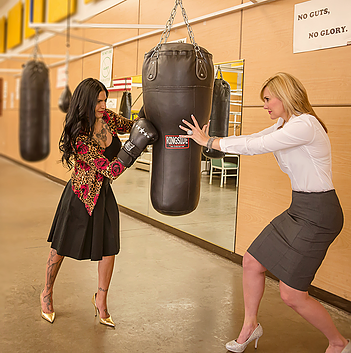 Richardson was awakened by her then husband one night and told to get up and cover up her ugliness. He then drove her to a hotel, told her a room number, slammed the car door and drove off.

“It was that moment when the car door slammed that my boyfriend became my trafficker,” said Richardson.

Anytime she would beg not to go, the more violent her trafficker would become, and the worse the abuse would get.

Richardson’s trafficker would take photos of her for the ads that he would use to “sell” her. There are guys in towns that will take pictures of girls in hotel beds to be sold, according to Richardson.

Richardson’s trafficker took her to meet guys all over the Midwest and South Dakota. Richardson said she would take pictures of billboards and signs, waiting for the right time to call for help.

Anytime she would show signs of wanting to leave or tried to leave, her trafficker would threaten to harm himself. This is how they manipulate their victims into not leaving, or seeking help, according to Richardson.

“I remember one night having to perform CPR for 47 minutes until the rescue team arrived at the “hell house” that I lived at for two years,” said Richardson.

“Nothing mattered to my trafficker,” recalls Richardson. “I was nothing but a source of income for him to display at his day job. Then at night I would become his slave.”

It took Richardson seven months of going through a hellish divorce before she would be somewhat free from her trafficker. Even though she was divorced from him, it still didn’t mean that she would not suffer from PTSD, anxiety, or OCD. At times, it can be very hard for her to leave the comfort of her home.

“I never know what might trigger a PTSD episode, and knowing that I can’t control when or where it strikes,” said Richardson.

She spends most of her time with her therapist and trying to help others who have been or are going through what she has been through. It is a self-healing process to help others. 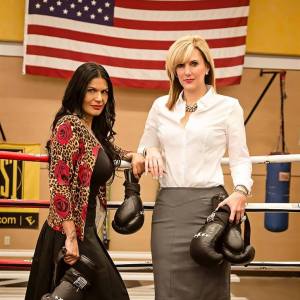 On October 3, 2016, Richardson’s attorney argued on her behalf in front of the Supreme Court in South Dakota.

HB1118 eliminates the need to prove the use of force, fraud, or coercion in the human trafficking of minors, passed both the South Dakota House and Senate with unanimous approval and signed into law by Governor Dennis Daugaard on March 10, 2017.

Also, SB102 requires “that the name and telephone number of an organization fighting to end sex trafficking be given, in writing, to any woman seeking an abortion.” It passed both the South Dakota House and Senate with just one nay vote. It was signed into law by Governor Daugaard on March 10, 2017.

After she helped the two bills to be passed into law, Richardson knew she didn’t want to stop there. She needed to help as many survivors as she could. Richardson and Lynn DiSanto, a psychologist and friend, then created https://www.fightingagainsttrafficking.org.

“I know I have a long journey ahead of me and a constant battle ahead of me,” said Richardson. “But I will help as many people along the way as I can till I have to pass the torch.”

For more information, you can visit https://www.fightingagainsttrafficking.org