A lifetime of experiences has given Jay Hoes wisdom to educate his students.

Hoes was born and raised in San Angelo, and eventually moved to Lubbock. When he was younger, Hoes played football until he no longer could and took an interest in baseball. He later earned a bachelor’s degree in animal business management at Texas Tech University and a master’s degree in meat science and muscle biology.

Hoes ended up in the video production field because he had major professors decide they wanted to do a meat judging series. Fortunately, he had experience with electronics and meat judging.

Hoes began his teaching career at South Plains College 16 years ago when Billy Alonzo, associate professor of radio, television and film, at South Plains College, called one day to see if he would be interested in teaching editing classes. Hoes thought teaching would be an interesting change in his life. He said his favorite part about teaching is all of the different types of people he has met and continues to meet. He mentioned that he will probably still be teaching in five to 10 years and can’t imagine what else he would be doing instead.

“I teach a class called Introduction to Cinema,” Hoes said. “Now that class is part of the common core. I get to meet students literally from all over the campus”.

Hoes teaches classes at the Levelland campus and Reese Center. He said he hopes to teach at the Lubbock Center in the spring. He says that linear editing has totally upgraded video technology and efficiency. 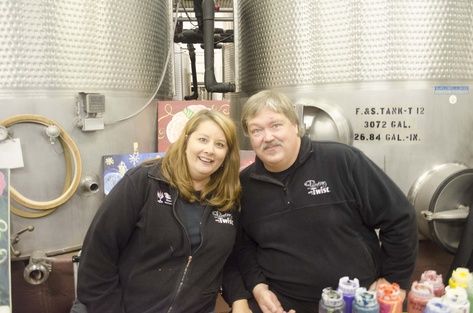 Hoes recently celebrated his 20th wedding anniversary with his wife Ronda. The Hoes family consists of a son, Tristan, who currently attends Coronado High School as a junior. Hoes says his son, who plays percussion, is a better musician than he ever was. The couple also have a 10-year-old daughter, Cailyn, who attends Whiteside Elementary School. Hoes says his daughter is into theatre, acting and singing. She was in the Moonlight Musicals production, “Tom Sawyer,” during the summer and will be in the upcoming “Miracle on 34th Street” in Lubbock. He said she has a lot of credentials for her young age. Also, the Hoes family has three dogs and one cat that complete their family.

Hoes’ wife Ronda is the current Lubbock franchise owner of Painting with a Twist. At Painting with a Twist, Hoes says it is as simple as following directions. The purpose in the company name is the “twist” on the way they teach painting. Primarily women attend the classes, but on date night the number of men who go to enjoy art grows. On date night, two people share a single painting on two canvases to create one masterpiece.

During his free time, Hoes works as a freelance camera operator and replay operator for Fox Sports, NBC, and ESPN, among others. Also, for a very long time, he has been a singer and songwriter. Hoes recently released a song called “Texas Proud, Texas Strong.” He is donating the proceeds from the downloads to rebuildtx.org. He gives credit to Steve Williams, Mike Carraway and Darren Welch (all instructors at SPC), who played on the song. Dolf Guardiola did the engineering of the performance. Chip Polk sang the song, and also does the music portion of the Ragtown Gospel shows. He recorded the song with help from the Creative Arts Department at SPC.

Out of all of his original music, one of his favorite songs he wrote was “It’s About You and Me” for a United Way fundraising campaign. A music video for the song won some awards. Hoes had a lot of fun with local musician friends, who performed and sang it.

Hoes had an experience at the Super Bowl in Arlington in 2011 when he got to work as a camera operator for ESPN for a studio show before and after the game. Through the years, he has worked mostly college games, but has experience in Major League Baseball and the NBA. In Lubbock, Hoes frequently covers Texas Tech football games and most of the men’s basketball games at Texas Tech University.

Eventually, when Hoes retires, he plans to travel. But, retiring isn’t in the way of his traveling. He recently returned from a weekend trip to Kansas to work at an NCAA football game. Hoes has a trip to Hawaii planned for his son’s school band performance in June, though school band isn’t the only type of band experience Hoes has. He used to play drums, guitar and keyboard.

“I think we all have a tendency to look back and think about regrets,” Hoes said, “but I don’t know that I have any major regrets. For the most part, I’m pretty happy with where I am.”