The dark side is once again trying to take over the galaxy, and it’s up to the Rebellion to stop them.

The “Star Wars Battlefront II” beta ran from Oct. 6 to Oct. 12. However, if you had already pre-ordered the game, you had early access beginning on Oct. 4.

Betas are wonderful to the gaming community. They allow gamers to get a glimpse of what’s to come before the actual launch date of a specific game. They even help people who are interested in buying the game to know if it’s worth the time and money.

I had the benefit of playing the beta two days early because I have already pre-ordered the game. I played every day since the closing of the beta, and it was great…for a beta. There are some things the beta is missing, which I would expect since it’s not the finished product of the game.

Even though I believe “Battlefront II” will be better than the first one, that doesn’t mean there are some concerns. The main concern many people are discussing is loot boxes, also known as crates. Buying crates with actual cash leads to the question, “Do I have to pay to win?” Crates can be purchased with earned points from the game or actual cash. You can get Star Cards in the crates which you equip and use. That means if someone doesn’t want to spend any money, that person is going to have to work twice as hard to get what others can easily buy.

That doesn’t automatically make the gamer who buys crates good at the game, though. They may have better equipment, but it doesn’t necessarily mean they’re going to be high on the leaderboard.

An article in Rolling Stone magazine on Oct. 13 reported that EA (developer of both “Battlefront” games) said in a blog post that the most powerful items will only be earnable via in-game achievements. They’re hoping that will bring balance to the players who want to buy crates with earned points or cash. This is actually a great way to make the loot boxes balanced.

Another issue with the beta was Battle Points. You earn Battle Points in the game when you help others, defeat opponents, or stay on task with the mission you’re assigned. If you earn enough points, you can become a major character (a hero or a villain, depending on if you’re a Rebel or part of the Empire), or pilot a vehicle such as a X-Wing, and even become a better class character with powerful Star Cards already assigned to them. This can be a serious problem with players who aren’t very good at the game. It may take players longer than others to earn Battle Points, and once they do earn enough points, the character or vehicle they wanted may have already been assigned to someone else. 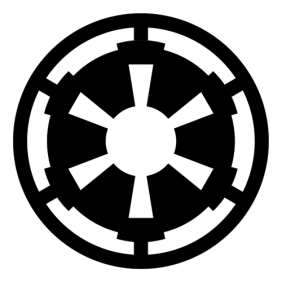 I can see this being a problem with people who aren’t good at the game. But I think that might encourage players to become better. A lot of gamers are saying it’s unfair. But in reality, it comes down to who is better at the game, which is the concept with most video games.

I also had a problem with hit boxes during the beta. It seemed that whenever an enemy player shot at me or around me, I would take damage and I would potentially die. Many players also complained about this problem, so I know for sure the developers will be working on this.

“Star Wars Battlefront II” will be released on Nov. 17. Whoever pre-ordered the game will have a three-day early access (which includes me). I can’t wait for the full release, since I’m a huge “Star Wars” fan and I was a fan of the first “Battlefront.”

I trust that the developers have heard the player’s comments and concerns and will fix the issues that were in the beta. If not, the game will likely turn toward the dark side.