If one’s future is written in the stars, there is at least one South Plains College student with an eye turned toward the things to come.

Ethan Villa, a sophomore engineering major from Lubbock, keeps himself busy with a healthy portion of schoolwork, socializing with friends, and generally trying to make sense of the reason things are the way they are.

Villa has an underlying love for reason, whether it be understanding something motorized, such as the inner workings of machinery, or the big philosophical questions facing humanity as a whole. He is currently considering pursuing mechanical engineering as a career, but he’s not saying no to anything else that comes his way.

“I wanted to join the military as well,” Villa said. “Because my dad was a Marine. He was Special Forces. And it was probably something I was looking forward to doing too. I’m kind of debating where to go. And the musician route as well, but I think that’s more of a hobby, and just playing around really.”

He has a background in martial arts as well, having trained in Brazilian jiu-jitsu for more than six years.

“I haven’t trained for three years, but I want to get back into that. But it’s kind of costly.”

There’s nothing he would completely rule out, however.

“I think the most important thing is just—who cares what you do?” Villa said. “If you love doing it, just do it.”

As his primary drive for performing well in life, Villa says it’s something internal that’s so ingrained in him that it’s just second nature.

Villa’s future plans include transferring to Texas Tech University, where he will pursue a bachelor’s degree in engineering.

Something Villa doesn’t believe in is the distraction of endlessly posting updates to social media.

“If you want to know, you can ask and I’ll tell you about it,” said Villa, “but I’m not going to post about it. I’m kind of old school. A lot of my family call me an old man, because I guess I just don’t follow those trends any. I use my phone to text and stuff, but not really too much.” 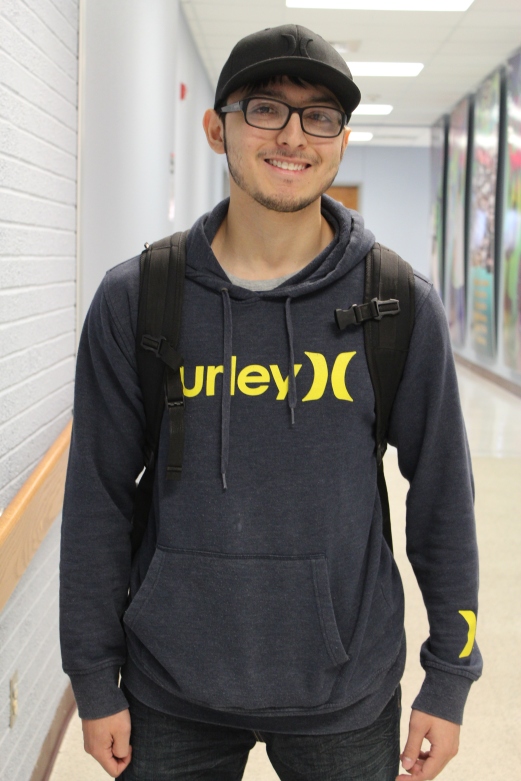 Villa has a great admiration for the Math and Engineering Department at SPC. He said he really feels connected to it. He once competed in the Robotics program, building and battling robots against other students in his classes, and he says it was one of the most fun experiences of his time on campus.

“They’re just really helpful,” Villa said. “I understand what they’re saying. If you have any questions, they’ll help you answer them. There’s a lot of tutoring. I mean, there’s just a lot of friendly people over there. If you have a question in one of your classes, they will all help each other.”

If money was no object, Villa has a pretty clear idea of what he would put his efforts into, for both himself and the people of the future.

“Honestly? I would like to work on interstellar travel,” Villa said. “I don’t focus on money. Money is nothing to me. Because the richest people have all the money in the world, but in the end, they’re always sad. Whatever I pass on, I want to see that they’re still working on it. I guess something that I can do that people keep on doing. It would be neat to go to different planets, to see what’s out there, instead of being trapped here where we are.”

Villa’s advice for future generations can be summed up in a single idea.

“Be a free thinker,” Villa said. “Free thinking and having creativity really helps the world prosper.”

“And just help each other out,” Villa added. “If you have a group of people that are going the same way, you’re not going to achieve it by yourself. You’re going to have to achieve it with some help. And that’s what I’ve learned in this program. If you try to do it all yourself, you can only go so far.”