Word on the Street

I feel like the revoking of Net Neutrality was motivated by money, more than an actual desire to make the Internet free and open again. With the motives that are being given, it won’t help the Internet in any way. It is going to be a hassle for everyone, and it is just a huge money grab for the people involved.” 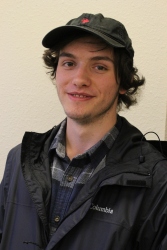 I think that it would be really wrong to have pay for things like social media. Because college students have to focus on other necessities, like paying for gas and their college tuition.”

I like the way the Internet was before, and if it had stayed the same, I would have been happy.”

I believe that Net Neutrality is important because it allows us to exercise our First Amendment rights to speak freely on the Internet, and we shouldn’t have to pay for that.”

Tagged as: Net Neutrality, Opinion, Word on the Street