Lopez spent her first six years of life growing up around Happy, Texas, eventually moving to Dalhart, where she started and finished school. Lopez was involved in her high school, being a part of the debate team and journalism.

“I was even the editor of our high school paper,” said Lopez, professor of mathematics at South Plains College.

After high school, going to college was a big deal for Lopez. Neither of her parents went to college, so being a first-generation student was important to her. Lopez enrolled at Eastern New Mexico University in Portales, New Mexico. She first thought about pre-law.

“I was originally pre-law and thought I would like to become an attorney,” recalls Lopez. “I kept taking more and more math and eventually went with my heart.”

Despite her ideas for pre-law, Lopez pursued a bachelor’s degree in applied mathematics, with a minor in computer science and statistics.

“I won a scholarship for graduate school, so I stayed on and received my master’s degree,” said Lopez.

Even in college, Lopez managed to stay involved.

“In college, I did everything,” said Lopez. “I participated in clubs that brought concerts and entertainment to the university, tutored, mentored, and worked as a TA.”

After getting an offer from Texas A&M, Lopez decided to take a shot at Lubbock. While waiting to hear back from Texas Tech, Lopez found a job at SPC.

“I applied for a job at SPC in the meantime,” said Lopez. “I fell in love with the job.” 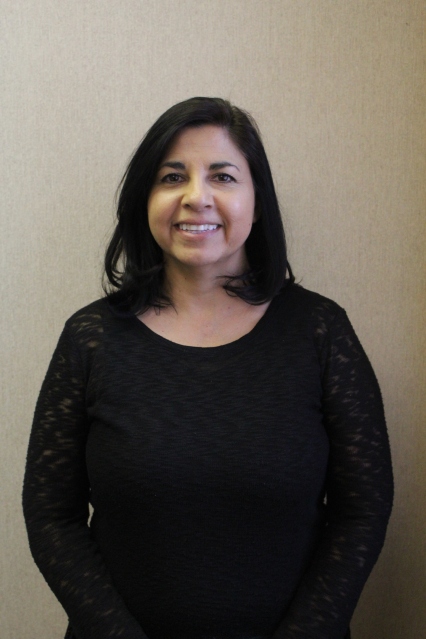 Lopez began her teaching career at SPC in 1993. She says that she loves and appreciates her job.

“You get to learn every single day about people and life,” added Lopez.

Lopez has excelled tremendously in her teaching career, having the highest passing rates in the Math Department.

“My favorite class to teach is college algebra,” said Lopez. “I absolutely love what I do, and that translates in the classroom.”

Lopez who has been teaching in the Math Department the longest, says she has learned to connect with her students through the years.

Lopez has experienced many trial and tribulations, but she always brings a smile and great attitude to the classroom.

“When you have an instructor that really loves what they do, it makes the classroom a little better enviorment for learning,” said Lopez, who received the Faculty Excellence Award in 2013.

To Lopez, “happiness is a choice.” It makes a really big difference in life. Also being grateful about all the ups and downs makes life more enjoyable, she adds.

“If you’re grateful for having a job, you don’t complain,” said Lopez. “It makes me feel happy just being grateful.”

Lopez has overcome bigger obstacles, bigger than what some can imagine.

“Eleven years ago, on the night before Halloween, I found a lump on my chest,” said Lopez. “I went to the doctor the next morning. They immediately did a biopsy, and I found out I had cancer.”

Despite the news, Lopez still put a smile on her face and took her kids trick- or-treating. Her strong will, great attitude, and family got her through the cancer.

“Five months later, I had finished chemotherapy completely and managed to make it back to work,” said Lopez. “It was an aggressive battle, but it was worth it.”

Lopez did not let her illness change her attitude when she returned to her job. She had a new appreciation for her job, realizing that her job was a privilege.

“I was becoming ungrateful and thinking about moving into a administrative role,” said Lopez. “When I came back, it just made me appreciate and be so much more grateful for what I have.”

Her attitude spreads throughout her classes and lessons to learn from. She still has an amazing outlook on life.

“It was a pure blessing that I got sick,” said Lopez, “because I came back and it was like starting over again. I felt the excitement I did in my first year.”