‘The Disaster Artist’ entertains with hilarious true story about moviemaking

Working on a movie set is not easy, especially when Tommy Wiseau is yelling for his line.

“The Disaster Artist” is a biographical movie about the struggles and unfortunate events that plagued the production of “The Room,” one of the worst movies ever made.

“The Room” is a movie that has gained a lot of praise through the years for being a terrible film that many people love to hate. “The Disaster Artist,” adapted from the book with the same name, recounts the production of this cult phenomenon with an amazing cast and countless hilarious moments.

The movie focuses on Tommy Wiseau (James Franco), the director, producer, and lead actor of “The Room,” and his friend and co-star, Greg Sestero (Dave Franco).

Tommy is an arrogant eccentric who has a love for acting, despite the criticism he receives for his obvious lack of talent. He is befriended by Greg, who leans on Tommy to get the confidence he needs to improve his acting skills.

In order to further pursue an acting career, Tommy and Greg move to LA, where they figure out that becoming a big star is difficult. After countless rejections, Tommy decides to produce “The Room” and pressures Greg to act in his film.

“The Disaster Artist” has a lot of hilarious moments and rarely falls flat when attempting a comedic scene.

The characters each have their own unique qualities that allow them to be funny without trying to force a joke. The actors perform well together and are able to adjust to the few moments of tension and drama that are seen throughout the film.

Seeing these characters trying to produce a film, with Tommy making all the decisions, was very entertaining. Tommy is incompetent and oddly direct when telling the members of his film crew how he wants to create his weird vision. Observing the interactions between Tommy and the rest of the characters really portrays the dread and peculiarity the crew faced when working to create “The Room.” 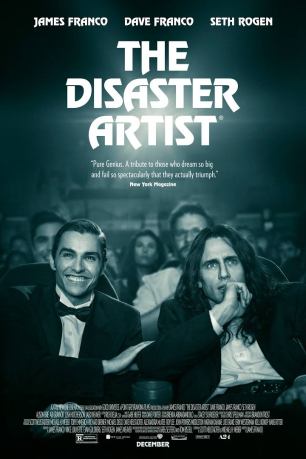 James Franco does an excellent job at executing his role as Tommy. He is able to depict Wiseau’s quirks and outrageous personality while remaining mysterious and slightly disturbing. Franco needs little support from his co-stars when executing a joke, as his performance already has a sense of weirdness and amusement.

Despite his great performance, the funniest scenes happen when James Franco performs with his co-stars.

When Tommy interacts with Greg and the members of the film crew, the hilarity of the film escalates. The actors work great together and have excellent comedic timing when sharing the scene.

However, this is also where the film’s humor can fall a little flat. In the few scenes where Tommy is not present, the supporting characters must carry the joke. These moments are not terrible, but lack value compared to the scenes with Tommy.

Even though this movie has a lot of great comedic moments and some intense dramatic moments, the film still lacks some focus.

After the main characters are introduced in the beginning of the film, the focus constantly shifts from one moment to the next with no story arcs other than the complex friendship between Tommy and Greg.

If the movie is going to shift focus to a new scene, it would be nice to focus on the growing tension between Tommy and the other supporting characters. This can allow for more funny scenes that are not quickly executed and forgotten.

Regardless, most of the film’s scenes are hilarious and very memorable. But I would have liked to have seen some of the comedic moments last longer or to see a reappearance of earlier jokes.

Having read the book, I know of the comedic and dramatic potential that this movie can achieve. It is frustrating considering that movies adapted from books are not always the perfect representation of what the book offers.

Most adapted films suffer when presenting a story, as movies have set run times. But this film could have been longer, as its run time was a little less than two hours.

Despite the issues I have with the quick shifts in focus and the lack of quality narratives from the book, I really enjoyed this movie.

Anyone who has read the book can still enjoy this movie, despite multiple story arcs being left out of the plot. Even if one has not read the book, this movie still offers a lot of amusement and a memorable story with entertaining characters. I highly recommend this movie to people who have seen “The Room,” or to people who want to learn more about its terrible production.