DC comics has needed comic relief for quite some time, and that’s exactly what “Shazam” brings, a lighthearted feel to the dark DC universe.

Shazam was originally named Captain Marvel, but the rights to the name were lost in a lawsuit by Marvel Comics in the 1940’s.  With the legal battles behind, DC reintroduces a fantastic character that rivals Superman in strength and ability, with humor that can only be matched by the Flash. 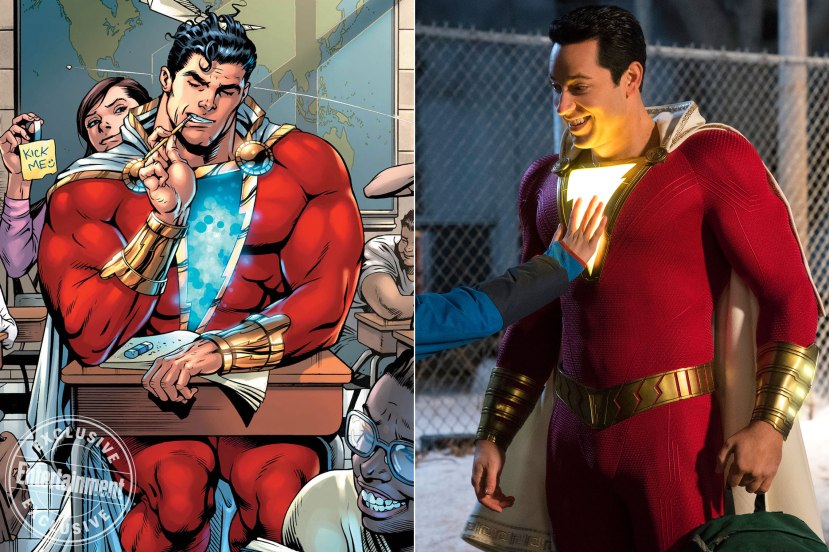 The movie takes place in modern time as Billy Batson is a foster child who has run away from more than 14 different sets of parents who took him in. In the opening scene, we find Billy is tricking cops to get into the car to look for information on his mother. He is portrayed as a good-hearted, trouble-making kid.

The movie is slow building, and Billy gets his powers after helping his new foster brother escape being beaten up by two bullies. He escapes the two bullies on the subway. On the train, Billy is transported to meet Shazam, who has been on a multi-decade search for a champion to replace him.

After Billy accepts Shazam’s powers, he is able to transform himself whenever needed by just saying “Shazam.” Billy struggles to let people get close to him. His foster brother Freddy is the only one who knows who he is. Billy and Freddy end up having a falling out.

The villain (Dr. Sivana) finds out Billy is part of a large foster family. Dr. Sivana is a failed

The movie was very entertaining once we got Billy established as Shazam. I found myself laughing out loud multiple times with some of the dialogue and how easy it would be to see yourself as Billy trying to figure out how his powers work.

I would highly recommend going to see this movie for the comedy alone. I think it adds some lightheartedness to a very dark, gritty universe, much the same way that the Guardians of the Galaxy add humor to the MCU. With references to Batman, Superman and Aquaman, “Shazam” has the potential to tie into the main universe.

I give “Shazam” a 7 out of 10. DC is still just trying to play catch-up with Marvel’s cinematic universes. This movie is one of the better ones that they have produced. The movie runs for 2 hours and 12 minutes. I highly recommend staying for the cut-seen at the end of the movie.