Strange case of child abuse leads to murder in ‘The Act’

When a mother’s love becames toxic and suffocating, a daughter makes a desperate decision to commit an “act of kindness” to escape.

“The Act” is the Hulu adaptation of the murder of Dee Dee Blanchard. The series, directed by Nick Antosca and Michelle Dean, is divided in eight intense episodes that are slowly  being released on the platform every Wednesday. It shows how the murder takes place and the  motivation of the two killers. 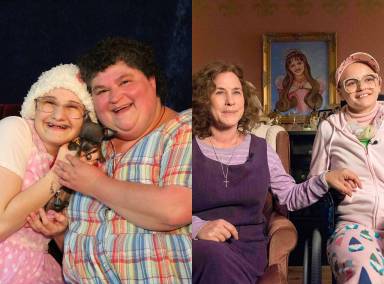 The series is based on life of Gypsy Rose Blanchard, played by Joey King, a young girl who supposedly suffers from every possible disorder, such as leukemia, asthma, muscular dystrophy, and several other chronic conditions. It is said that she had the mental capacity of a 7-year-old due to brain damage. Dee Dee Blanchard, played by Patricia Arquette, is the devoted mother who is obsessed with her daughter’s life and chronic conditions.

There are many flashbacks between seven years before the incident and during the investigations on June 14, 2015, when Dee Dee is found dead and her sickly daughter Gypsy is nowhere be found.

From an outside view, the life of Gypsy and Dee Dee was inspirational and hopeful to so many families. They even received a new house as a charitable act in the small town of Greene County in Missouri. But nobody would expect, that in reality, their lives was a gigantic Pandora’s box of secrets.

The first episode begins with Lacey, played by AnnaSophia Robb, and her mom Mel, 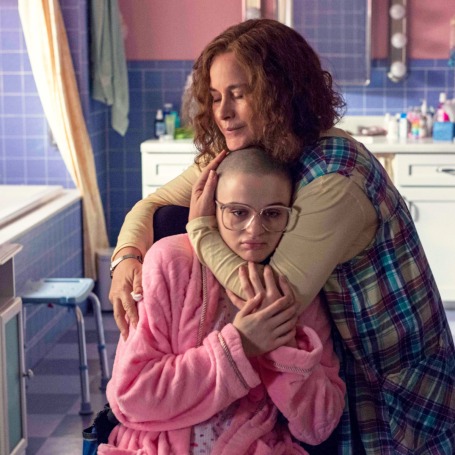 played by Chloë Sevigny, calling 911 to report that something is wrong with her neighbor after she sees a very strange post on Facebook.

Following through the timeline of after the Blanchards move to the new house, the series starts showing how Dee Dee and Gypsy live with doors closed and the process of Gypsy discovering her mother’s lies.

In the second episode, the dead body of Dee Dee is introduced, and the disappearance of Gypsy is alarming. Also in the flashback presented in this episode is when a doctor doubts Gypsy’s sickness, since she appears physically strong, expect for the bad self-maintenance of her teeth.

Dr. Lakshmi Chandra, played by Poorna Jagannathan, notices that something is off. Doing her own investigation, she feels that Gypsy is in danger, but manipulative Dee Dee is convinced that everything is fine.

In later episodes, a friendship with her neighbor Lacey influences and introduces Gypsy to the teenager world. She spends most of her life locked in this little kid fantasy, and this friendship starts to reveal her wish to be the teenager that she is and rebel against her mother.

One changing moment is when Gypsy meets Nick Godejohn, played by Calum Worthy, online, and this relationship takes them to a very dark version of themselves. This later will become a main key in the show.

It does not take long to realize that Dee Dee’s stories do not seem quite accurate. Dee Dee has been abusing her daughter by drugging her, faking illness, and in other ways that are revealed later. All this was to receive sympathy and free money from neighbors and the government. For Gypsy, this process was slow and painful.

The show does a very good job of showing this bipolar side of Dee Dee as she wants to always protect her daughter, along with the fighting and rebellion of Gypsy.

Directors Antosca and Dean really focus on Gypsy’s emotions of being a teenager and a prisoner in a child life. They want viewers to be uncomfortable and feel trapped.

Even though this murder case was very famous in the media and the ending is well known, the series still engages viewers very well to the point that you want to see more. What many may have heard about the case, is seen in a closer visualization and the intensity of the facts involved in the story.