As Madeline picks her bathing suit on this forbidden trip, Olly gazes at her beauty and stares in awe. They walk on the beach and jump into the water as Madeline has her first beach experience.

“Everything Everything” by Nicola Yoon takes readers on a romantic and twisting journey. Madeline Whittier was diagnosed with Severe Combined Immunodeficiency (SCID). The 18-year-old has a nonexistent immune system, so her mother seals her off inside their house. The only other person who has contact with her is her nurse, Carla.

Every day, she lives the same life on repeat with the same routines over and over again. She wears the same white t-shirts and the same color of clothes. Madeline has lived indoors her entire life, passing time by reading books and doing her school work. All this changes once a teenage boy and his family move in next door.

Oliver, also known as Olly, tries many times to get Madeline’s attention and become friends with her. Eventually, they exchange emails and begin communicating via email. As they communicate more, they arrange little face-to-face meetings with the help of Carla, with the condition of no touching. But eventually, the two teens end up kissing each other and falling deeply in love. 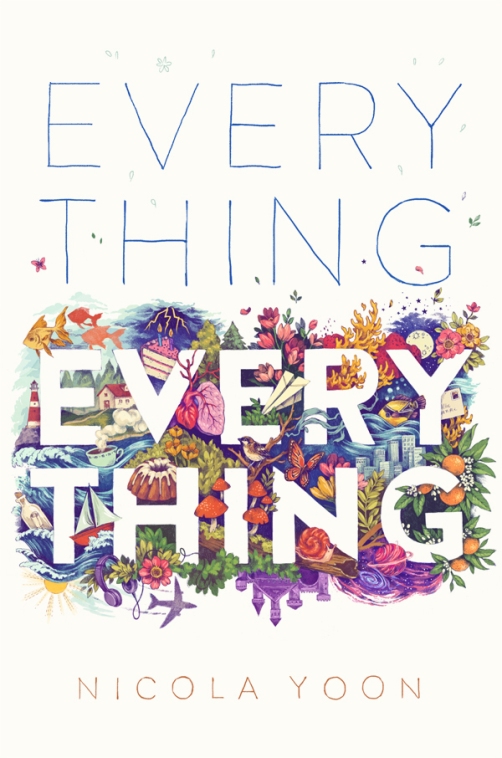 One day, Olly’s dad is abusing him and they start fighting in the front yard. Madeline hears this and leaves the safety of the house without a second thought, going out to protect him. Then her extremely overprotective mother finds out about the two teens and their face-to-face meetings and fires Carla after finding out that she allowed it. She then forbids Madeline from emailing or talking to Olly in any kind of way.

Madeline decides to leave with Olly so she can finally live and be with him, even if that means risking her life. They go to Hawaii, where they jump off a cliff, snorkel, and eat Hawaiian food on the first day. Soon after, they prove their love to each other verbally and physically. The second day, Madeline wakes up with a bad fever and her heart stops. She is rushed to a hospital in Hawaii, where she is revived.

A few months pass and Madeline tries to tell herself just to go back to reality in seclusion. Then she gets an email from the doctor in Hawaii who treated her. He explains to Madeline that she does not suffer from SCIDs. Madeline then goes and sees a local SCIDs specialist, who confirms the suspicions.

Madeline then confronts her mother. Her mother explains how she invented her diseases to protect her, and because she doesn’t want to lose Madeline like she lost Madeline’s brother and father in a car wreck. Since Madeline was sick as an infant, she used that to keep her in a sterile environment to “protect her.”

Madeline is frustrated that her mother has basically stolen her life from her, even though she said she was doing it in the best interest of Madeline. She then flies to New York, where Olly and his family went to escape his abusive father. She meets him in an old book store to fix things. She leaves a copy of the book, “The Prince,” and Olly sees it, recognizes it and smiles.

This book ends beautifully and peacefully with the two reuniting. I would definitely recommend that anyone read this heartwarming book. This book received a lot of backlash from parents concerned about their kids reading it because of the little sex scene between Madeline and Olly in Hawaii. I would recommend that 15 and older is an appropriate age range to read this book.

Tagged as: 'Everything Everything', book review, Entertainment, romance