An aspiring writer is faced with an unfortunate predicament. But as time goes on, her world changes for the better.

“Jane the Virgin” follows the exciting saga of Jane Gloriana Villanueva, a young woman in her 20s, raised by her mother and grandmother, who was accidentally inseminated by a heartbroken and distracted gynecologist.

This show has so many twists and turns, from kidnappings to murders to maimings, the threat of deportation and so many crushing breakups that I almost wept to death. But thankfully, everything ended just as I had hoped, with even more excitement and tears than I had anticipated.

“Jane” first aired in 2014 on the television network, The CW. The actress who plays Jane, Gina Rodriguez, is the reason why this show comes together so perfectly. She played Jane with absolute originality. The show also takes into consideration every side character, background design, and literally every detail from costumes to one-liners. This made the show so meaningful and well thought out. It proves that there was so much work put into this show to make it just right.

The American telenovela takes place in present day Miami, Florida. Jane is 23 years old and enjoying her life as she studies to become a teacher. She is engaged to a handsome detective.

After a routine visit to a clinic, Jane is told that her gynecologist accidentally inseminated her. The news becomes more intense when she finds out that the unintentional sperm donor is her boss. Once the news comes out, Jane’s life begins to fill with many complications.

The show’s director, Jennie Snyder Urman, played around with different kinds of format, tone, and form. It utilized different styles that worked together perfectly to create such interesting content. Because of its dramatic style, the show was a true telenovela. Even the characters – Jane, Xo, and Alba –  loved to watch telenovelas, and they even implemented them into their lives on the show.

Jane is all about family, love, and romance. The whole concept of the show is how the ways of childhood affect the ways of adulthood. It is also about how many people create patterns in their day to day lives, but they’re not always healthy ones. There are many lessons learned by the characters, and even the audience, because of this series.

I cannot think of any other show that I love so much. It’s so sustaining and comforting, as well as dramatic, that it’s easy for it to capture the audience’s attention and keep it for the entire 45 minutes of each episode. There are other series to watch to get this kind of hype and content, but “Jane” is the show that gives the audience what they want… eventually. It is the show where family is a priority, love is in every corner, and romance is essential. 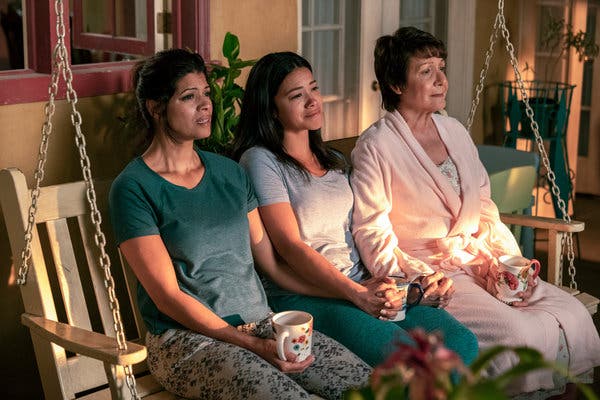 The series finale was, as most people would say, “straight out of a telenovela.” I was so worried that somebody would die, or that Michael would die again, or that Rafael’s discovery of his biological parents would ruin something or everything. I wasn’t expecting to be so unscathed by this finale, but I was. That is how every telenovela should end, and I enjoyed it wholeheartedly.

I definitely will miss Jane’s strong will, Rogelio’s tenderness, and Rafael’s sense of hope. I will miss Alba’s advice, Xo’s adaptability, and Petra’s loyalty. I will really miss how much the show’s director loves television.

I will forever treasure “Jane.” Maybe the reason “Jane” is so easy for me to love is because it’s the rare kind of show that made me feel like it actually loved me back.