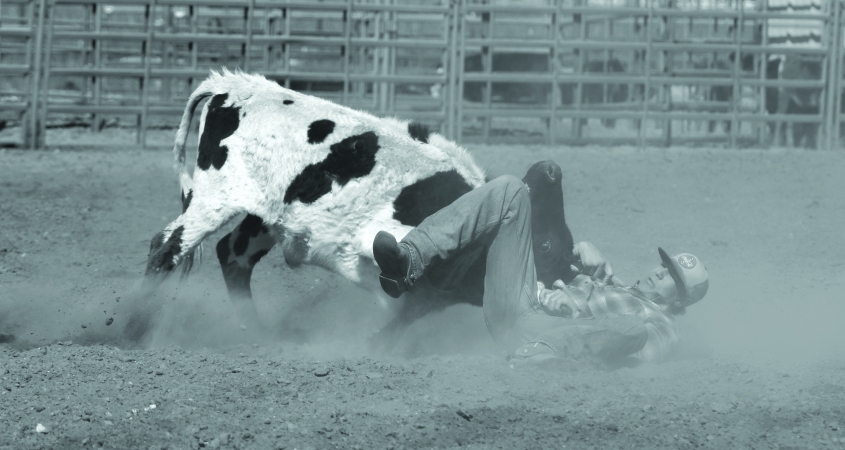 After the dust has settled, the Texans placed second while the Lady Texans finished sixth at the Howard College Rodeo on April 13 in Big Spring.

With one rodeo remaining on the schedule and the Southwest regional title up for grabs, the Lady Texans currently sit in fourth place with 2,885 points. Tarleton State (3,330) is the front-runner, followed by Clarendon College (3,120) and Weatherford College (3,095).

The Lady Texans are in third place with 1,777 points. They sit just 50.5 points behind second-place Weatherford, which has 1827.5.Tarleton is atop the leader board with 2,621. The top two teams from the men’s and women’s region advance to the College National Finals Rodeo in Casper, Wyoming.

Colton McCarley had the sole team win for the Texans. In the roping finals, he teamed with Texas Tech’s Cameron McCarley. The team ran an 8.3 in the long round and won the short round with a time of 6.1. They averaged 14.4 for the event, adding 120 points for their team.

Bedke finished fourth in tiedown roping, adding 75 points. He ran a time of 10.1 in the long run and 12.7 in the short run, finishing with a 22.8 overall average.

Logan Kenline finished fourth in steer wrestling. Kenline had times of 5.2 in long run and 8.5 in the short. Kenline had an average of 13.7, adding 90 points to the team.

Dawson Stewart added 65 more points with a sixth-place finish in steer wrestling. Stewart ran times of 5.1 in the long run and 9.8 in the finals. He had an average 14.9.

Kaytlyn Miller led all the SPC women with 1,087 points. She placed fifth in breakaway roping, taking 70 points after running a 2.9 in long run but missing the finals. She averaged 102.9.

Elle Eagles made the goat tying finals after running a 9.9 in long round and 11.9 in the short round. She had an average of 21.8, giving the Lady Texans 2.5 points.

The teams conclude the regular season by competing in the Tarleton State University Rodeo, which will be held April 25- April 27 in Stephenville. Results were not available at press time. The event was held April 4 – April 6 in Snyder.

The Lady Texans improved to third in the National Intercollegiate Rodeo Association standings in the Southwest Region with 1,704 points, trailing Tarleton State University (2,356) and Weatherford College (1,742).

Freshman Kaytlyn Miller won the women’s all-around title with 380 points. She is currently ranked first in the Southwest Region in the women’s standings. In goat tying, Miller placed first with a time of 7.1 in the long round, following up with a 6.8 in the finals. She averaged 13.9 and added 170 points. Miller also placed third in barrel racing and sixth in breakaway roping, accumulating a combined 210 points in those two events.

In team roping, Grady Quam and Cisco’s Paden Bray placed second overall, running a 6.3 in the long round, and finishing with a 5.8 in the finals. They finished with an average of 12.1 and earned 115 points for the Texans. Stefan Ramone paired with Tarleton State’s Jhett Trenary and tied for second place, running a 5.9 in the long round and a 6.2 in the finals. They averaged 12.1 and collected 135 points. Kyler Bell placed fifth alongside Eastern New Mexico’s Stran Thompson with an average of 15.4, while Logan Kenline took on the bull with Cisco’s Cheeto Valliant to finish sixth with an average of 29.0. The  South Plains College men’s and women’s rodeo teams won  three events at the Ranger College Rodeo, drawing them closer to the top of the Southwest Region .

The Lady Texans finshed third on the weekend  after earning 162 points. Tarleton State won with 310 points, while Weatherford College placed second with 180 points.

The Texans finished fourth with 225 points. Ahead of them were Western Texas College with 310 points, Weatherford College with 495 points and Tarleton State with 595 points.

The event was held March 24 in Sweetwater. 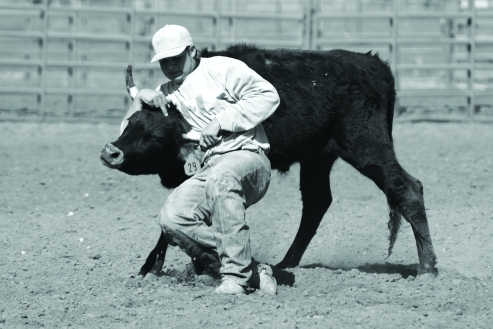 Freshman Elle Eagles led all Texans with 150 points and an average of 14.3 in goat tying. She placed first with a time of 7.6 in the long round and 6.7 in the finals.

The Texans had two cowboys in the steer wrestling finals. Logan Wiseman won the event with 123.3 points. Dawson Stewart grappled his way to third place, adding 80 points to the total. Wiseman had a time of 4.7 in the long run and 3.9 in the finals. Stewart had times of 4.9 in the long round and 4.6 in the finals.

Stefan Ramone teamed up with Tarleton State cowboy Jhett Trenary in team roping. They placed fist with a time of 12.4 in the finals, collecting 120 points.

The Texans gained another 20 points when Colton McCarley paired up with Texas Tech’s Cameron McCarley. They averaged 19.0 for the rodeo.

McCarley was one of three Texans competing in the tiedown  roping finals. He placed  fifth with a time of 19.6 and was awarded 55 points.

Hayden Cloward placed sixth in  tiedown roping with a time of 23.0 and earned 20 points for the Texans. Britton Bedke placed seventh with a time of 109.5. He ran the fast time in the long round, before missing the finals and received 50 points.

The two teams return to action on April 4 at the Western Texas College Rodeo in Snyder. 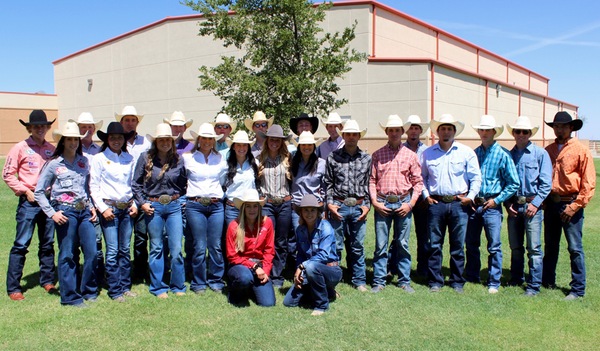 The Texans placed first in the Rodeo, while the Lady Texans placed second in the competition that was held on Feb. 21-Feb. 23 at the Ector County Coliseum in Odessa.

Freshman Hayden Cloward and junior Hadley Cloward placed first overall in the team roping event. The duo posted a time of 5.7 in the long round and followed up with a 5.7 in the finals, accumulating 360 points. Freshman Grady Quam teamed with Cisco College’s Paden Bray to post a 6.0 in the long round and a 15.5 in the finals, adding 100 points for SPC.

In goat tying, sophomore Shaylynee Reymore placed fourth with a time of 6.9 in the long round and a 6.9 in the finals.