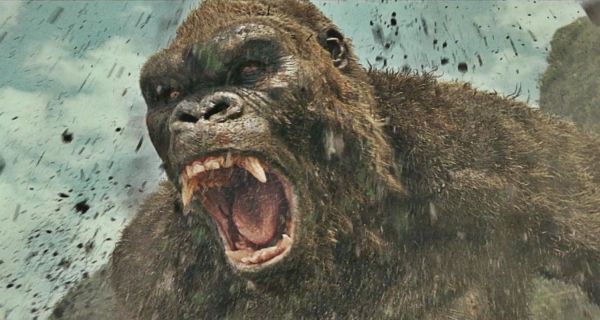 “Kong: Skull Island” brought action-packed excitement, along with a new violent and honest take on the classic film.

The picture chronicles the tale of scientists, soldiers and adventurers who unite to explore a mythical, uncharted island in the Pacific Ocean. Cut off from everything, they venture into the domain of the mighty Kong, igniting the ultimate battle between man and beast.

A mission originally focused on discovery soon becomes one of survival. What remains of the original group of wayfarers must fight to escape a land they weren’t meant to control.

Fans of the classic narrative were given a monster-mashing, gory, grisly approach to the Kong origin story. Mixed with a splash of “Apocalypse Now” reverence, the madness of the journey to Skull Island stays hidden among the darkness and fog, where the cinematography builds up the ambience of mystery and delusion, while the characters, and even viewers, struggle to honestly accept the reality of the dangers that are continuously found on the island.

The action and special effects are top quality, making it is especially fun to watch the monsters in action. However, in terms of the overall story and the quality of writing, the film falls flat.

With stars such as Golden Globe-winners Tom Hiddleston and John Goodman, alongside the Oscar-nominated Samuel L. Jackson and the Oscar-winning Brie Larson, audiences should have expected a narrative with an intriguing plot, as well as complex and deeply personal development of characters. Instead, they’re not really impressionable.

Movie-goers ended up with an underacted mess of lines that don’t relate to the scene being depicted on screen. When Preston Packard (Jackson), a hard-nosed, unforgiving, paranoid colonel, references the Vietnam conflict, claiming “we didn’t lose the war, we abandoned it,” the text, along with its context and tone, really fall on deaf ears, as images of a hard-nosed napalm attack on Kong is seen from every seat in the theater.  At best, it is an attempt at foreshadowing the encounters and quarrels to come as a result of the unprompted assault on Kong and his territory. But it still remains misplaced during the film.

Oddly enough, the actor who runs away with the entire movie is John C. Reilly.

Portraying Hank Marlow, a Cubs fan and pilot who has been stranded on the island in the South Pacific since his plane crashed there during the Second World War, Reilly continually brings heart and wit-filled comic relief, serving as the ‘everyman’ character and giving the audience a relatable character to agree with throughout the film.

One of director Jordan Vogt-Roberts’ better ideas was setting the film in the year 1973. Set on the tail end of the Vietnam War, the time frame for “Kong: Skull Island” allows for a spirited choice of music, which is reflected in the selection of classic rock ‘n’ roll favorites from the decade, explicit with their politically-centric overtones.

The mix of Creedence Clearwater Revival’s “Bad Moon Rising” and “Run Through the Jungle,” following Black Sabbath’s “Paranoid” and Jefferson Airplane’s “White Rabbit,” with a dash of David Bowie’s “Ziggy Stardust,” helps bring life to the nostalgic backdrop of action-riddled combat sequences and a story of survival.

The film finishes strong with homage to the original 1933 movie. Mason Weaver (Larson), the empathetic and gutsy war photographer who understands Kong’s need to protect all that is his, is eventually saved by Kong, providing an allusion to the classic image of the beauty being held by the beast, even if only for a few seconds.

Set in the same universe as Gareth Edwards’ 2014 “Godzilla,” Vogt-Roberts gives us a scaled up Kong with all the human-smashing, monster action he could fit into the movie’s 118-minute run time, matched with some of the most captivating visuals and special effects the industry has to offer. Though “Kong: Skull Island” is only Vogt-Roberts’ second feature film, it is obvious the director struggled to adapt and react from small-screen story-telling to a world of big budget blockbusters.