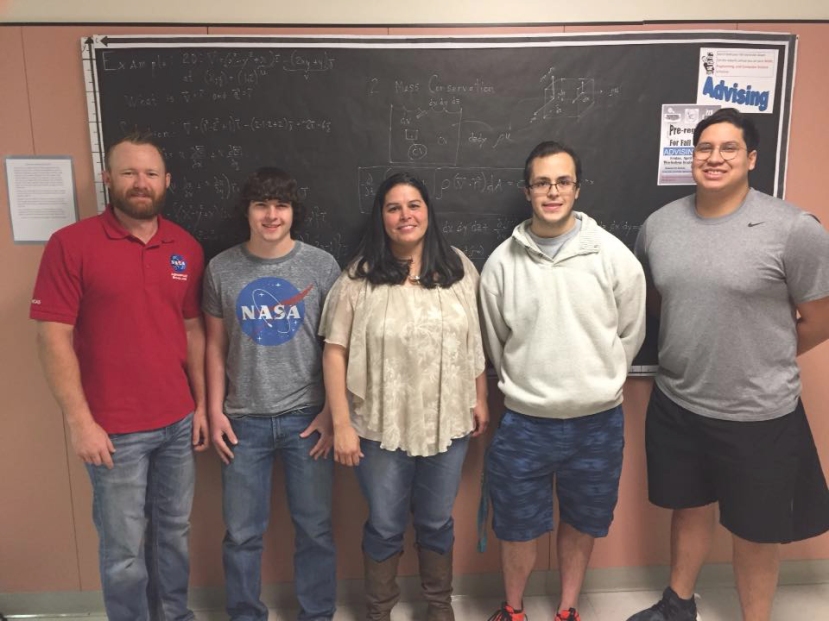 Every year, students who show great interest in Science, Technology, Engineering and Mathematics are selected by NASA to participate in the Community College Aerospace Scholars program.

This year, six South Plains College students were selected to participate in CAS. They will be able to participate in on-sight team projects, get a behind-the-scenes tour of space centers and listen to and speak with NASA engineers, educators, and astronauts.

“We have students go to one of NASA’s 13 space centers,” said Alan Worley, chairperson of the Math and Engineering Department at SPC. “What they typically do is work on a Mars rover prototype. They are put on a team with people from across the nation and have to meet a deadline to present their rovers that will pick up water, sand and rock samples.”

Worley says the students are given a budget in order to purchase pieces. When the rovers are presented, they are placed on a test course.

“When the teams present their rovers in front of Nasa, they are scored,” Worley explained. “It’s kind of like a sales pitch. After looking at the budget, the way the rover performs, and the overall presentation, NASA selects the winning team to sign a contract with. One student is also selected as Engineer of the Week. We’ve had several students in the past who have won that.”

NASA pays for the students to make a trip to the space centers. The only price students are required to pay is for the application fee.

“In order to apply, you have to meet certain requirements,” Worley explained. “You must be a U.S. citizen. And you must be a student who is majoring in a STEM (science, technology, engineering and math) field.”

When selecting participants, the organization looks into the applicant’s background, GPA, and participation in school activities and clubs.

According to Worley, between 350 and 400 participants were selected to participate.

Cook was selected to attend the program from April 10 to April 13 at the John C. Stennis Space Center in Mississippi. He says that his time was well spent, interacting with noted engineers and researchers.

“I originally was told by a friend that I needed to apply,” Cook said. “The experience was very much worth it. There were 44 students there from all over the country.”

Cook says he benefited most from the group rover project and presentation.

“I had never really done a group project before,” Cook said, “especially with students who are in the same or similar major. That’s what I want to do. I want to work with a team developing new technology.”

Cook says he wishes to dedicate himself to working on a solution that could remove manpower from war zones.

Cook will be graduating from SPC this semester, with plans to attend Texas Tech University in the Fall. He says he one day hopes to work for Tesla.

“I had the opportunity to speak to somebody who works for Space X, which is a company owned by Elon Musk,” Cook said. “I got to ask him exactly how I get into working for an Elon Musk company, and he was able to give me some very helpful information.”

Cook says that a few of the students who attended the program were volunteers who had previously been selected.  Although he would like to return as a volunteer, he says he simply just does not have enough time.

“I really wish I could go back and do it all again,” Cook said. “But unfortunately, you are only allowed to participate once because of the cost that NASA pays for. I would have absolutely no problem going back and doing it again.”

Worley says the reason the program is so important to STEM students is because it “splashes a resume” and teaches the student skills they could only receive while working at a real job instead of in a classroom.

“It opens all kinds of doors,” Worley added. “It opens doors to different jobs, internships and other opportunities. The main thing they learn is how to work as a team. They get a great dose of what to expect in the real world.”

“I’m proud of anyone who set goals and goes for them,” Worley said. “Whatever it is. We just want our students to know that there is no ceiling.”