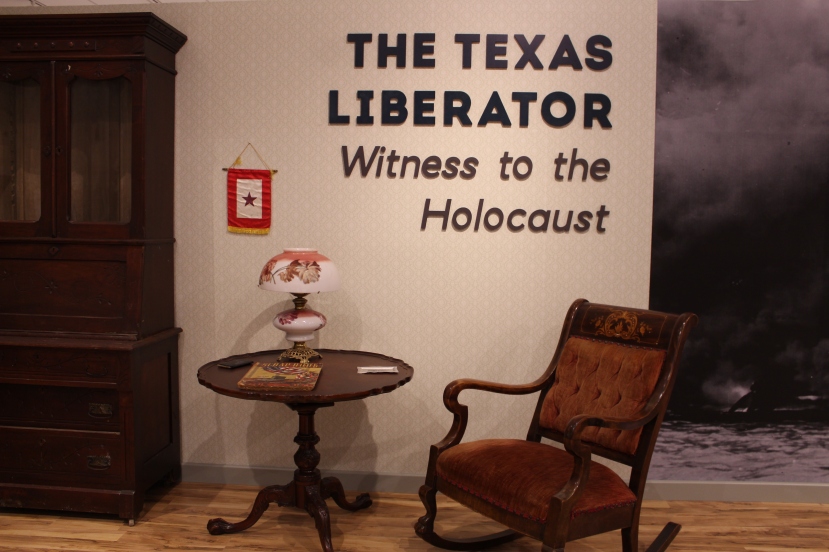 Many of the Texas Liberations have not talked about their experiences until now. MATT MOLINAR/PLAINSMAN PRESS

When American forces liberated concentration camps, they saw the worst that humanity could do to each other. Many of the Texas Liberators haven’t talked about their experiences until now.

The exhibit will be on display through Dec. 3. There’s also a companion smartphone application and book.

“It’s a three-part program,” said Daniel Tyler, the marketing & communications coordinator for the Museum of Texas Tech, “that the Texas Holocaust and Genocide Commission have been working on for a few years now. Their goal is to bring more Holocaust education to high schoolers across the state.”

The Texas Holocaust and Genocide Commission was founded in 2009 by Senate Bill 482. Since then, the THGC has devoted its resources and expertise to the education of students and teachers to better recognize the elements of bigotry and hatred.

“The app is a more interactive way for kids to engage with the education,” said Tyler. “Then there’s the exhibit part, which [The Museum of Texas Tech] has. And there’s also a book [“The Texas Liberators: Veteran Narratives from World War II”] being published later this year. The book is more for everybody, and the app is more geared towards high school students.”

As attendees approach the exhibit, they are greeted by a display of antique furniture that reads: “The Texas Liberator, Witness to the Holocaust.”

The south and west walls display a timeline that provides “an overview of the Holocaust and the context of World War II.”

But as you pass the wall where the furniture is displayed, you’re paralyzed for a moment. 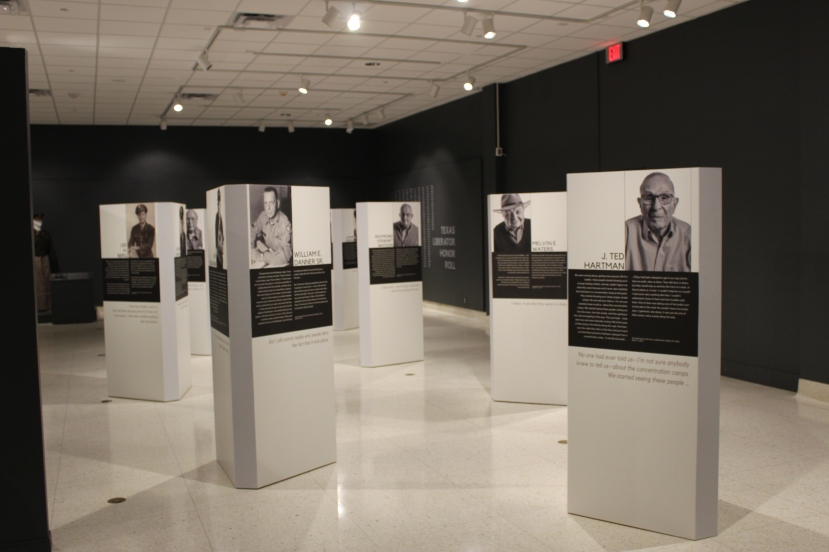 “These freestanding panels are based on the actual personal experiences of some of the Liberators,” said Tyler. “The Liberators are guys from Texas who were soldiers in World War II, and they were a part of the groups that went into Europe and liberated concentration camps.”

Each panel has three sides that display either a recent photo of the veteran, or a photo of their time in the service, and each photo is accompanied by a name and quotes about that veteran’s experience.

The first panel that catches your eye is of J. Ted Hartman, and it reads as follows:

“We were moving along, gaining ground. All of a sudden, these people started showing up in strange-looking clothes, and we couldn’t figure out what they were because we’d never seen anybody that had been in a concentration camp at that point. They started showing up in these stripes, broad stripes. No one had ever told us – I’m not sure anybody knew to tell us – about the concentration camps. We started seeing these people coming out from the trees, from the woods, and then getting in the road and getting in the way.

“They just kept – more and more intensely coming,” it continues. “We’d find some of them lying in the ditches along the road. And then, over the radio they told us that they had just found out that these prisoners had been released from a concentration camp… It was Buchenwald… They had been released to get in our way and to slow our path, slow us down. They did slow us down, but they would stop us and kiss the front of a tank, or they’d salute us. It was – I couldn’t help but cry myself.

“I had never seen anything like that. I couldn’t understand. Some of them had their buddies with them. One of them was taking care of his buddy over on the side of the road. He wouldn’t leave his buddy who, I gathered, was dying. It was just all sorts of little scenes, many scenes along the way.”

According to Tyler, the entire project has been based on the oral accounts of the veterans’ experiences.

“It’s a really personal take on the whole Holocaust story,” said Tyler, “which is unique. A lot of them during this project, during their interviews, it’s the first time they’d ever really talked about it.”

Dr. Eliza Wong, a professor of history at the Texas Tech Honors College, collaborated with the Texas Holocaust and Genocide Commission and the Oral History Institute at Baylor to organize the Texas Liberators exhibit.