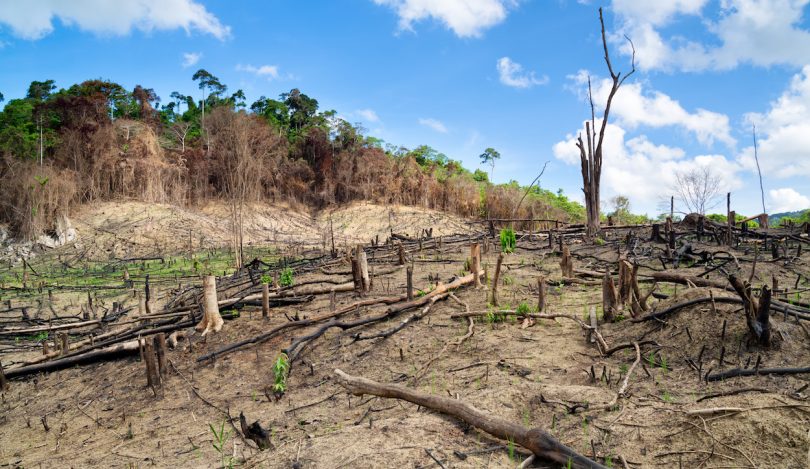 [Editor’s note: This story is the second part of the multi-part series “Climate Crisis” examining the causes and effects of climate change that begins with Issue #1 and concludes in Issue #6. Several staff members took it upon themselves to interview and conduct research. The results of their combined efforts follow.]

Ecosystems across the globe have been stripped down to barren land as a result of human urbanization.

According to Kristin Bingham, assistant professor of biology at South Plains College, humans change the climate, not only by increasing carbon dioxide levels in the atmosphere, but also by wiping out naturally occurring ecosystems.

“When we look at climate change, we look specifically at changes in the temperature,” Bingham said. “But also, animals are struggling to find appropriate denning and niche sites.”

Bingham says these organisms are not able to access resources that are not polluted or contaminated by chemicals used by humans in transportation and even chemicals found in mosquito repellent.

“These chemical pollutions affect the whole food chain,” Bingham explained. “When animals consume smaller animals that have been using polluted resources, like water, it moves higher and higher into the food chain until it finds itself in higher-level predators.”

In 1970, a hallmark study was conducted using the food chains of condors and eagles in California. The populations of the birds dramatically decreased, and researchers were unable to pinpoint an exact cause of the decline. After researching the food chains, they discovered that the eggs of the large birds were going through a phenomenon called eggshell thinning. The female birds were unable to produce enough calcium for the eggs.

As a result of the eggshell thinning, the eggs would become very weak and crumble, killing the baby bird.

Researchers discovered that the cause of the eggshell thinning was from a chemical called DDT, which was a chemical that is found in mosquito repellent.

“When we understand that a chemical is causing the problem, we get this push,” Bingham said. “We find better solutions. There are studies that show that we can trace, particularly chemicals, and see how they are impacting organisms.”

According to Bingham, the Amazon forest in Brazil, one of the most diverse ecosystems on the planet, has seen acceleration in deforestation, which greatly affects the ecosystems.

“They have this push for industrialization and the development of economy so they can be similar to western countries,” Bingham said. “Ranchers are going in and clear-cutting the forests. The animals in those forests can’t disperse and relocate. If you look across the globe, in Asia, they’re clear-cutting tropical forests to make palm oil.”

According to Bingham, palm oil, the most highly demanded vegetable oil, is used in processed foods and can be found in shampoo. The deforestation that is needed in order to keep up with high demand for the oil has led to the clearing of forests, which endangers the species of organisms native to the forests.

“We’re clearing off huge portions of the globe so we can have cookies,” Bingham said. “But, we can reduce our consumption. We can educate people around us about how we affect the climate.”

Another example of humans devastating ecosystems for industrialization has been the coral reefs. According to Bingham, coral reefs in the ocean have not only been affected by a changing climate, but also by the introduction of toxic chemicals into the ocean.

“If you look at the Gulf of Mexico, you have a lot of run-off and contaminants and pollution that are coming down the Mississippi River from cities and agricultural operations,” Bingham explained. “It has created a dead zone off the coast of Louisiana.”

The dead zone in the Gulf covers about 7,000 square miles, one of the largest in the world. They hypoxic waters that drain from the Mississippi River cause major issues to biodiversity, killing off large numbers of fish in an area where the United States supplies most of its seafood industry.

“It’s stuff you never wanted to think about,” Bingham said. “Nothing lives there. All of the oil that washes from the cities has to go somewhere. And it’s very disheartening. But we can help by continuing to talk to people.”

One area that has been devastated by human impact on the climate is the Great Barrier Reef, off the coast of northeast Australia. Visible from outer space, the reef is an ecosystem that is home to a countless number of colorful species of organisms.

Recently, a large portion of the reef has been damaged by coral bleaching.

“There is an area of hot water that is moving towards Australia,” Bingham said. “Coral has a calcium carbonate exoskeleton that are secreted around a tiny organism that lives inside of it. This area, that’s made up of millions of organisms, shares resources across the whole surface. The nutrients they need come from a good cool water uplift, where they can absorb their nutrients.”

According to Bingham, when the water becomes too warm, the pollups inside the shells die, and all that is left is the calcium that once made up their exoskeleton.

“That’s why it’s called bleaching,” Bingham explained. “They’re not going to come back. This was generations stacked on generations of a colony that has been killed. It’s a huge undertaking.”

“If we don’t start thinking about interconnectivity, we are going to be in a lot of trouble,” Bingham said. “We have to come together on this issue. It’s not worth arguing and trying to figure out who is to blame. Look at how you can reduce your consumption, and educate people about these major effects.”