The front yard of St. Paul Lutheran Church was filled with people, as a long line extended from the main entrance while children gathered to play games on the grass.

People came to the church for the first Feed Levelland Barbecue Fest, which offered those attending a chance to donate to non-profit organizations and to enjoy a free meal.

This event, held on Nov. 11, began with people waiting in line to receive their free to-go plate of brisket, potato salad, and beans, while their children passed the time by playing carnival games for candy. While in line, people were given the opportunity to donate to organizations that are aimed toward gathering food for the needy, such as the Hockley County Food Box, Meals on Wheels, and the SPC Food Pantry. 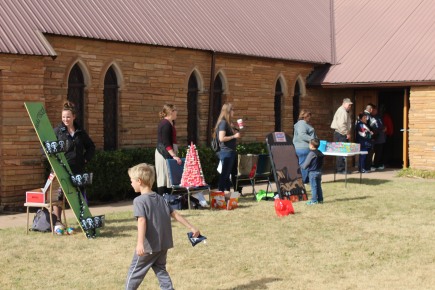 Feed Levelland is an idea that was considered for an efficient way to help the needy in Levelland, while also collecting donations to help feed others who are not local.

Amanda Ullrich, the pastor at St. Paul Lutheran Church, took inspiration from the barbecues the church organized in the past and added a new element to establish this event.

“When I first came, I heard people talking about the barbecue they used to have,” said Ullrich, who has been pastor at the church for three years. “We realized that people missed it. Before, a lot of the funds were to help the church, but this time we thought, ‘Let’s just give it all away.”

Ullrich described how she went to a lot of the local non-profit organizations to get flyers for the barbecue. Recognizing these different groups within the barbecue was one thing that Ullrich said she felt was important to begin arranging the event.

“My hope is not just to raise funds for these groups, but to raise awareness,” said Ullrich.

The formation of this event involved a lot of work from Ullrich and members of the church. A lot of the effort for the barbecue has gone toward preparing and serving good quality meals for the attendees.

Kristy Sanders, a member of the church who helped pass out plates of food, mentioned how preparing the food was a task that required a lot of work.

“It’s actually a multi-congregational event,” said Sanders. “The Catholic church has also helped. The meat was donated, so the men from our church prepared all of the meat and the beans as well.”

The food for this barbecue was one aspect of Feed Levelland that was not easy to provide. But before obtaining the food and ingredients for the meals, a lot was done to ensure that the event was publicized well, and that all plans were executed.

Jan Esch, a member of the church who assisted Pastor Ullrich with preparing the barbecue, described the countless duties that had to be completed to get recognition for the event.

The donations given throughout this event are what give the members of this church a sense of fulfillment.

“The Lord blesses those who try to do his work,” said Esch.

The impact of these donations has helped the people at this event realize the value of what they are doing for the community.

Nicholas Acosta, a volunteer at Feed Levelland, said that gathering donations for the needy is something that is meaningful. Receiving assistance during difficult times is a personal experience that Acosta said he dealt with and is the reason why he notices the major impact of the donations.

“I think it’s a good cause,” said Acosta. “It means a lot to me personally to be able to come out and give families, who may not be able to afford food all the time, donations to help them eat.”

Feed Levelland offers may opportunities to help people in need and brings the Levelland community together. Thoughts on continuing this event for years to come are abundant, as many felt content with the turnout. 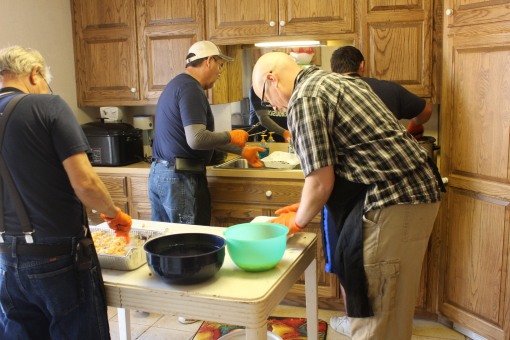 Since this was the first year for the barbecue, Pastor Ullrich said she feels it would be great to arrange this event again.

The Feed Levelland Barbecue started from a desire to give to people in need. The event has created an outlet for those who want to work together to achieve something greater.

“I feel there’s been a lot of need in Texas,” said Ullrich. “This is kind of a way to give back locally.”