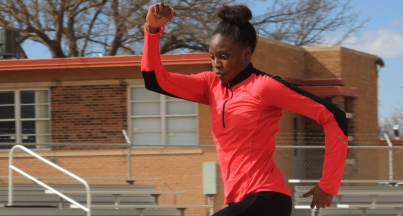 Freshman Danylo Molchanov set a personal best in the men’s triple jump with a jump of 49 feet, 9 inches on his fourth attempt, and placed first overall with the second best jump in the country. In the men’s shot put, Markim Felix recorded a throw of 50 feet, 10.25 inches.

The men’s and women’s track and field teams competed in the NJCAA National Indoor Championship meet, which was held March 2 – March 3 in Lubbock at the Sports Performance Center. Results were not available at press time.