As someone who has lived in one place and been around the same people her entire life, goodbyes are always difficult, unwanted and confusing.

It’s hard to once again say goodbye to a professor who taught me so much and friends who became so close in such a short amount of time.

I graduated from Borden County High School, which is a 1A school in the middle of somewhere. So when it came to picking a college, SPC was not in my plans. I wanted to go to Texas State University or Texas Tech. I thought I would meet more people who were interested in the same things as I am and have more opportunities to try new things.

SPC was a last-minute, ‘parents-begged-me-to-do-it’ decision. They wanted me to stay close to home, which was actually a good choice for me. I still found a place where I could do something I was interested in and around people who are interested in those things too. This place was CM 130, the Plainsman Press Newsroom.

I joined the student newspaper staff at the start of the spring semester. Now, I wish I joined sooner. I came from a school that was limited to UIL events and yearbook staff for journalism classes. I thought I wasn’t ready to write for a college newspaper. In reality, this has been the best platform for me to gain journalism experience.

I wrote feature stories while on the newspaper. I have been able to meet some of SPC’s most interesting students. I was able to take their stories and tell others about the amazing things they’ve done. The things I’ve gotten to learn about these people helped me to learn that I didn’t need to go to a big college to meet unique people. So, I thank every teacher and student who allowed me to tell their story.

Charlie has been the most influential professor during my time at SPC. He has helped me gain knowledge about journalism and reporting. He treats every student like his own child. I can joke around with him, and he’ll tease me endlessly about things like my “boyfriends.” One thing I absolutely respect about Charlie is the effort he puts toward each student. He’ll put his time and money in to make sure his students are taken care of. He goes beyond what’s expected of a professor. I think he’s one professor most students will look back and say, “Yeah, of course I remember Charlie. He’s one professor who impacted my college career the most.” At least, that’s what I’ll say. Thank you, Charlie, for all you’ve done. 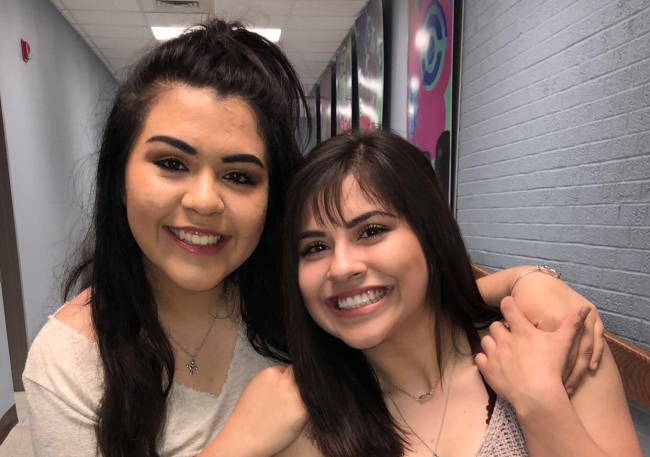 Autumn has been a great friend on the staff. She has helped me whenever I need it. We’ve had some interesting and funny conversations between classes. That’s what I’ll miss the most about her.

Kendall was also helpful in the Newsroom. He edited any photo whenever I needed it and gave me his opinion even when I didn’t. He’s funny in his own way.

Adán is someone I’ve admired in the Newsroom. He’s always on top of what needs to be done. One thing I was surprised about is how funny he is. He’s so quiet, then out of nowhere he’ll say a sarcastic and witty remark to someone’s dumb question. I’ll miss that about him.

Randi and Meghan have kept me on my toes with all their partying stories. They’re both so happy and bubbly. They share that happiness with everyone around them.

Tina, this loud-talkin’, can’t-hardly-ever-breathe girl is something else. She’s probably the bestest (I don’t care that it’s not a word, Charlie) friend I’ve met at SPC. I still remember meeting Tina on the first day of classes during my very first class. Charlie made everyone stand up and introduce themselves. “Hi, my name is Tina Gonzalez. I’m a freshman. I’m a public relations major, and I graduated from Coronado,” she said in a very enthusiastic, extra kind-of-way that only Tina can. My first thought was “Wow. She must be really excited.” And now, we’re roommates. Tina is the kind of person who will always try to make you laugh but knows when you just need to talk or rant. She tells you how she feels and makes no apologies for it. She’s confident in who she is. I can see the amazing person she will become. She’s someone I admire. She’s been a great roommate and friend, one you don’t expect to make in your first year of college but hope is around for a lifetime.

The Plainsman Press has given me friends and a place to belong at SPC. The 4 a.m.’s, endless “no’s” from Charlie, Tina’s creepy comments, Adán’s sarcastic remarks, Kendall and Meghan’s bickering, Randi’s partying tips, and Autumn’s yelling, has all been worth it. It might sound like it’s too much to handle, and trust me, at times it is. But each member of the staff has taught me something valuable or given me journalist or life advice.

Autumn is willing to help and explain anytime you need it. Randi and Meghan tend to give some unusual but hilarious college partying stories. Kendall will edit your photos and help whenever needed. Adán will keep you on your toes with his sarcastic remarks to your obvious questions. Tina will keep you entertained with her overly dramatic stories. Or she’ll keep you awake at 2 a.m. with her coughing. Charlie will pull your best work from you with his redundant “EEhhh” or “Close, but no” or “NO.” It’s a family unlike any other on this staff, and I wouldn’t trade that.

I’m not sure how to say goodbye to any of these people. They all helped me grow to be a student, journalist, and friend. I hope to  go to Texas State in the fall and make great memories like I did here. I want to say a big special thank you to Autumn, Kendall, Adán, Meghan, Randi, Tina, and Charlie. You guys are amazing, and I’ll miss y’all.