During the past decade, self-made rapper Russ Vitale has made a successful name for himself.

Russ was born in New Jersey and currently resides in the northern suburbs of Atlanta. He is one of four siblings in a Sicilian-American family.

His music career began at a young age while working alongside a small group of friends. He and his friends formed a musical collective known as DIEMON: Do It Every Day Music Or Nothing.

To many, it may seem that he is an overnight success. But Russ wants the world to acknowledge that he built himself up during an extended period of time.

Russ created his first album in December of 2011 and would later release 10 more during the course of a decade. He then made his one and only SoundCloud account in October of 2014, which is what made him into the up-and-coming artist.

By producing a new song every week, Russ had amassed close to 5,000 followers on SoundCloud by August of 2015. The following year, he surpassed that with 200,000 loyal followers. In 2017, not only did Russ have 368,000 followers, but also a record deal with Columbia Records and co-signs from celebrities ranging from Kylie Jenner to Rick Rubin.

In August of 2018, the rapper announced the title and release date for his new LP, “Zoo” which released Sept.7. That same month, he released “The Flute Song,” which got fans excited for the new music that was to come.

Russ does an excellent job of staying connected to his fans and producing music that they want to hear. By changing up his style, his fans get a deeper look into his personal life. To him, it’s not all about being famous and having an abundance of money. 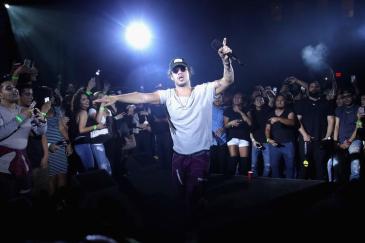 After listening to the new album completely, I noticed that throughout different songs, Russ raps heavily on the music industry and the threats he receives from his haters.

I feel that the lyrics on his newest album stand out because they are fueled less by his arrogant attitude from past albums and more by his anger toward the outpouring of hate he has received from other artists and their fans in the rap community.

Russ has received a lot of hatred through the years. However, throughout the album, he calls out rappers whose songs encourage drug abuse and their fans who have made a game out of harshly criticizing his music.

During the second song on his album, “Outlaw,” Russ raps about how he isn’t affected by how others label him as an artist. He still plans to make his own music, and he continues to believe in himself more than anyone ever did.

In “Zoo,” it’s clear to me that the negative feedback he had been receiving throughout his career is having a major affect on him. There is a large shift in his music from themes of love and about being famous to his deep personal struggles.

On one of the mid-album songs, “Parkstone Drive,” Russ raps about his struggling relationship with his father and how he is be unable to support his own family while Russ continues to be a growing success.

It’s impressive to see such a young artist produce self-made albums during such a long period of time. It’s something that makes Russ standout from many artists in the music industry.

Russ explained in an interview that there was never a time when he thought his music was not good enough. He shares that at the beginning of his career he learned to not let doubt get in the way of his confidence.

Some would say that would make Russ an arrogant and cocky music artist. But maybe that’s what it takes to be successful in this line of work.

His music continues to stand out from other rappers. He became a success without the help of someone who had already made a name for themselves.

I think this album became a personal project for Russ and gave him a sense of relief once he opened up to the public. I have always enjoyed listening to his music because of the fact that he could fit in with other rappers by speaking about drugs or other bad influences, yet, he chooses to stay true to himself and connect with his fans on a deep, personal level.

I give “Zoo” a nine out of 10 for the deeper connection Russ creates with his fans and how well he carries his messages throughout the album.