You see an object out of place. Trying to ignore it, you continue to walk, but the overwhelming urge to adjust it is itching at your skin. The image of the object lurks in your thoughts, making it unbearable for you to stop fixating on it. Finally, it becomes too much. Turning back, you fix the object, putting it in the absolute perfect spot.

“I think what bugs me the most is when I go to Walmart and walk past a dirty, messy section,” said Kaylee Presley, a surgical technology student at South Plains College. “I will stay there for a while, and organize and clean the mess until it is perfect.” Presley is one of the many people who suffer from Obsessive-Compulsive Disorder (OCD). According to the Diagnostic and Statistical Manual of Mental Disorders (DSM-5), OCD is characterized by obsessions and/or compulsions. It also states that obsessions are thoughts, urges, or images that are recurrent and are intrusive or unwanted. Compulsions are behaviors or mental acts which are repetitive and an individual feels driven to perform.

“How it presents itself varies,” says Clifton Dane Smith, a physician assistant in Morton. “There can be as many different variations as there are people in the world.”

According to the International OCD Foundation, obsessions are thoughts, images or impulses which will occur time and time again, and leave the person feeling as if things have to be done in a “right way.” Some things that the International OCD Foundation lists as “common obsessions in OCD” are: Contamination- Germs/disease, household chemicals, and dirt; Losing Control – Fear of acting on an impulse to harm oneself/others, fear of violent or horrific images in the mind; Religious Obsessions (Scrupulosity) – concern with offending God, or concern about blasphemy; and obsessions related to perfectionism – Concern about evenness or exactness, inability to decide whether to keep or to discard things, and fear of losing things. 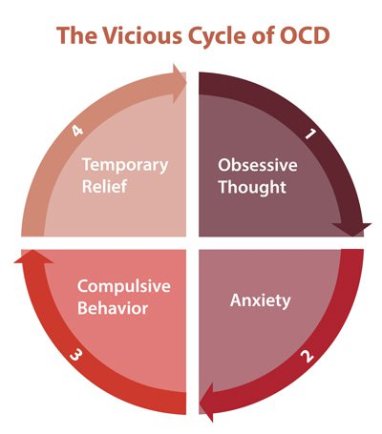 Compulsions are a second part of OCD. Compulsions are the repetitive behaviors/thoughts for that person. Compulsions can be time consuming and can get in the way of activities the person needs to do. Listed under “common compulsions in OCD” are: Washing and Cleaning – Washing hands excessively or in a certain way, cleanin household items/objects excessively; Checking – checking that you did not make a mistake, checking some parts of your physical condition or body; Repeating – repeating activities in “multiples,” such as doing a task three times because it is a “safe” number; and other compulsions, such as counting while performing a task to end on a “good” number, putting things in order or arranging things until it “feels right.”

“It all circles around repetitive behavior,” Smith explained. “They can’t be content with the fact that they set the alarm clock, so they may check it 15 times a night.”

There are some related disorders, according to Lynn Gregory, a counselor at SPC.

The DSM-5 goes deeper in explanation of these related disorders saying “other obsessive-compulsive and related disorders are characterized primarily by recurrent body-focused repetitive behaviors (hair pulling, skin picking) and repeated attempts to decrease or stop the behaviors.”

It states that Body dysmorphic disorder is characterized by the person being occupied with a particular perceived defect/flaw in their physical appearance which is either not observable or only slightly seen by others. These people might check in the mirror periodically, excessively groom themselves, and reassurance seeking.

The DSM-5 continues with hoarding disorders, which persists by having difficulty discarding or parting with items, regardless of the item’s value. Excessive acquisition of hoarding consists of excessive collecting, stealing, or buying items when they have no space for the item at home.

Trichotillomania, which is the hair-pulling disorder, is characterized when a person pulls 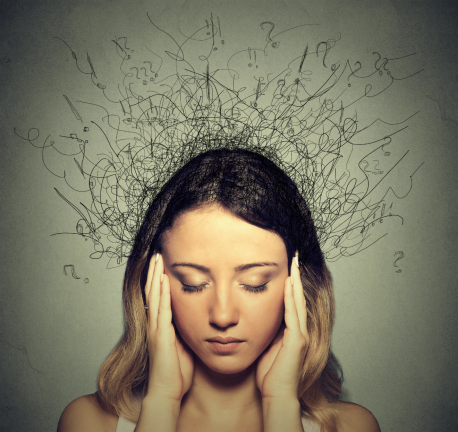 out their hair on a normal basis which causes them hair loss. And Excoriation, skin-picking, is characterized by a person picking at their skin trying to get rid of skin lesions, which are bumps, moles, and sores. Both these disorders might also be done because it brings gratification, pleasure, or a sense of relief when the hair is pulled at/skin is picked at.

Gregory stated that just like with OCD, Obsessive-compulsive personality disorder can create anxiety for people as well, but they are in two different categories.

The International OCD Foundation states that, “In the context of OCD, obsessions are time consuming and get in the way of important activities the person values… it determines whether someone has OCD – a psychological disorder – rather than an obsessive personality trait.” Everyone might have an “obsessive” thought every once in a while and be momentarily concerned. However, in the context of OCD, these thoughts come frequently and trigger anxiety, which gets in the way of one’s day-to-day functioning.

According to the International OCD Foundation, OCD is usually treated with medication, psychotherapy, or both. Psychotherapy can include cognitive behavior therapy (CBT) or Exposure and Response Prevention (EX/RP), which is effective in reducing compulsive behaviors.

There are several websites about self-treating OCD. One website is Anxiety Canada, which lists different ways to help OCD symptoms, including facing fears – learning to gradually face one’s fears. It also lists Building a fear ladder – ranking your fears/triggers in order from least scary to most scary; climbing the fear ladder – starting with the least scary and work your way up to the most by exposing yourself to those situations; and Building on Bravery – if you notice improvements, give yourself credit and reward yourself.

However, for those needing more help, Gregory mentioned that SPC students are more than welcome to come to the Health and Wellness Center to seek counseling on OCD. If needed, counselors can recommend psychiatrists.