It’s an ordinary day at ADM when the FBI comes knocking on the door of Mark Whitacre’s office door.

He was given a script by his bosses about what to say to the FBI, but what will he decide to do? Will he speak his mind, or stick to the script given by his corporate managers? A life-changing decision that will affect Mark’s life forever is waiting to be made. 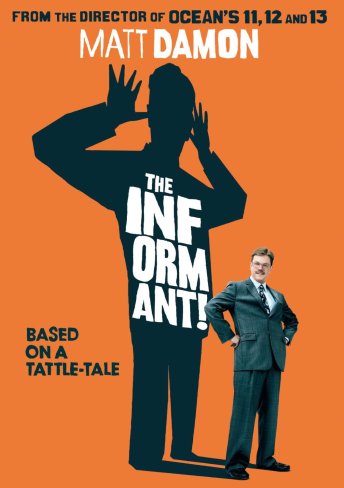 “The Informant” portrays a shocking story that reveals damaging information regarding corporate crime.

Matt Damon plays Mark Whitacre, who works for Archer Daniels Midland, also known as ADM. Mark, who has been working for the agriculture corporation, decides to make a drastic decision on his own behalf to bring down ADM. He is unaware of what the actual circumstances are when working with the FBI.

This movie will take you on Mark Whitacre’s adventure as he becomes a mole for the FBI during intense investigation that will happen over a during a two-year span.

This movie is based on a true story that is quite serious regarding a corporate crime conspiracy that happened in the late 1990s case against multinational corporation, Archer Daniels Midland. This movie brought the case to life with comedy and real-life situations that make it very interesting.

Mark Whitacre was the main character of this film who took on the role of assisting the FBI in bringing down the company that he loved. One of the interesting aspects of the film is that the audience is able to hear Mark’s thoughts. He is a very knowledgeable man about the company he worked at, and he would list many facts and interesting statements about the company.

Mark was put in a very difficult position. In fact, I looked at the movie as if he were an FBI agent. He just didn’t have any training or the background an FBI agent would have. He was just an ordinary man who worked at ADM to provide for his family.

During the investigation, his wife was very concerned about her husband’s career protection. The movie presented a great all-around aspect of Mark’s life. He wasn’t superhuman, just an intelligent man who had the courage to speak up when he knew 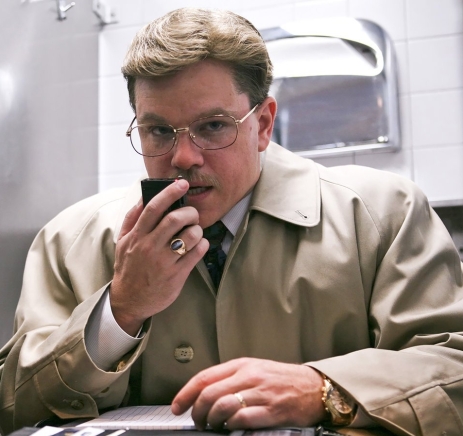 Mark makes it known that he loves the company he works for, and he even dreams of running ADM. He just wants to run the corporation properly without crime.

ADM knew they were being investigated and would not go down with a fight. Who will protect the one individual who gave his time and job safety up? Will the FBI protect Mark, or will he get swallowed up by the savage company?

I feel that this movie is actually very informational about all the ways crime can happen in the business world. This film gave a great insider look at a case that happened in real life.

I enjoyed watching this film on Netflix. Damon played his role very well. I enjoyed watching him play Mark Whitacre as he transformed into an FBI agent while working at ADM. I liked how humble the character was. He was an honest guy who seemed like he just wanted people to know the truth about the hidden corporate crime that was happening at ADM.